Tim McGraw's balls are still in his possession, but his pinkie ring is another story. 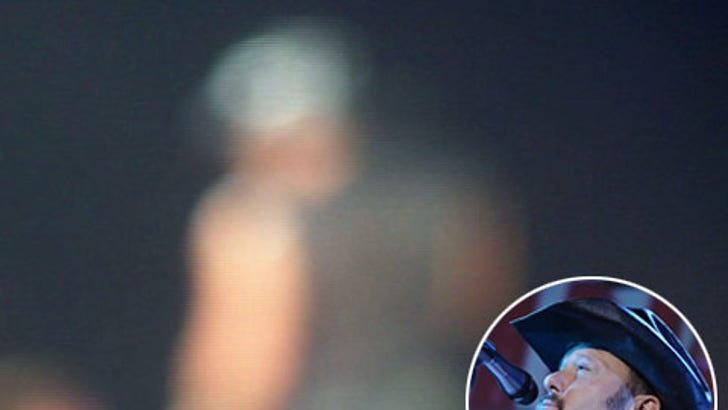 During the same show where the country star had his family jewels grabbed by an overzealous fan, he lost his pinkie ring while shaking hands with the crowd -- but it isn't as the video makes it seem. In the clip, Tim can be seen talking to a woman in the crowd, saying over and over, "Give me my ring back." The only problem was, she didn't have it!

The woman in the video, Monique, called in to 97.3 The Dawg in Lafayette, Louisiana to set the record straight. According to her, the ring fell off before Tim even got to her. When he was asking for the ring back, Monique says she couldn't even hear what he was saying. A woman in the row behind her was trying to get Tim's attention to return it, but instead turned it into security, unbeknownst to Tim.

Monique says that later, a member of Tim's entourage told her that Tim had recently lost a lot of weight and his rings weren't fitting right.

Both the ring and his balls are back where they belong.