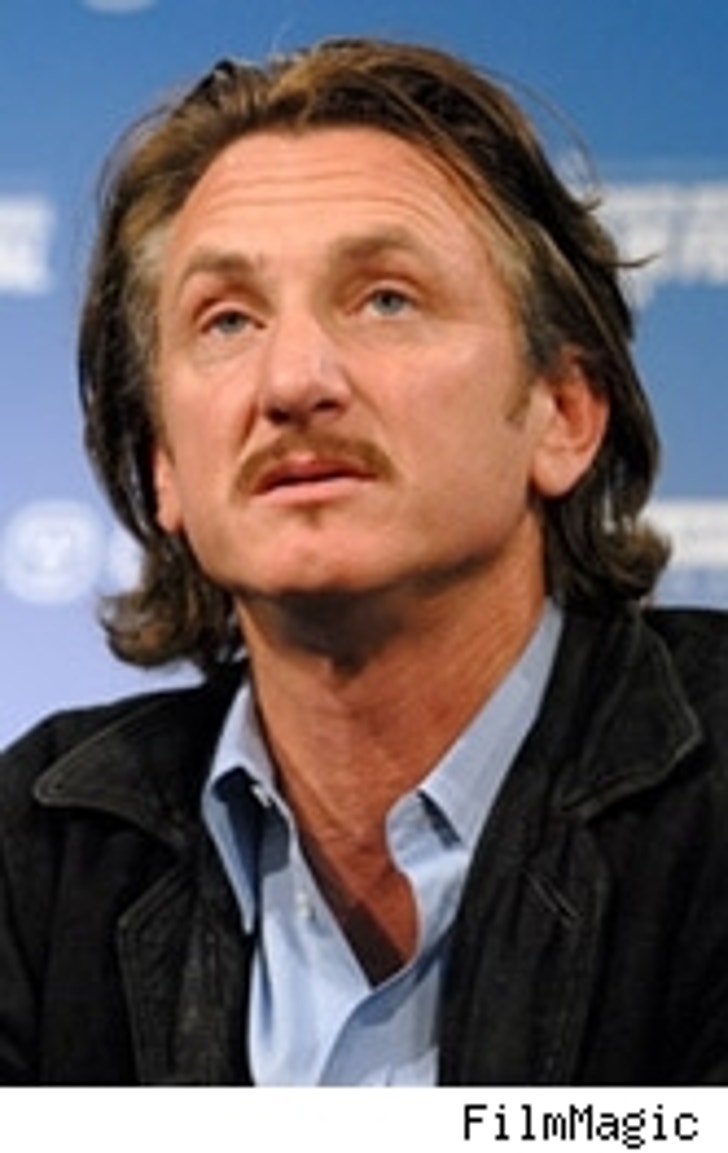 Rabble-rousing actor/Madonna ex Sean Penn is taking his show on the road -- with Venezuelan president Hugo Chavez. The politically-charged star has been hanging with Venezuela's socialist leader during a tour of the Venezuelan countryside.

The Chavez-Penn love affair was sparked, said Chavez, because Penn is "anti-Bush." Danny Glover and Harry Belafonte have also had face time with the Venezuelan leader.

Said Penn of his visit: "I'm also here as a journalist and so I owe it to that medium to wait until I've digested, fact-checked and finished my journey here" before saying more. The "Mystic River" actor has also done reporting stints in Iran and Iraq.