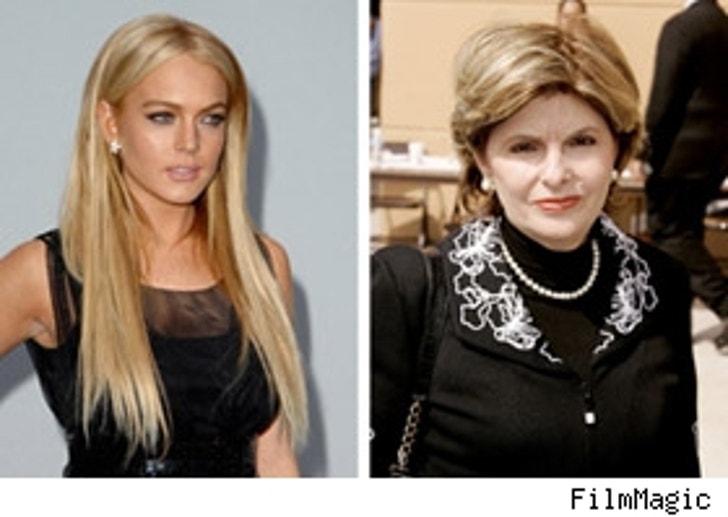 Uber-lawyer Gloria Allred wants divalicious disasters like Paris, Nicole and Lindsay to do the time for their crimes. Allred spoke with Chris Yandek at TheSportsInterview.com and came down hard on La Lohan. "Rehab cannot just be a stop in there for charm school," she said. "They gotta go in and get some serious help and get rid of the habits that are dragging them down. They've gotta get clean, they've gotta get sober, they've gotta stay that way because rehab as a revolving door is not just gonna work for them in their lives." Promises, promises!

Allred added that she believes that Lohan may have to do some serious time. "The consequences could be even more serious than they were for Paris Hilton. In this case too, there are apparently other witnesses and who know what they are going to say and she could have civil consequences as well as criminal consequences."