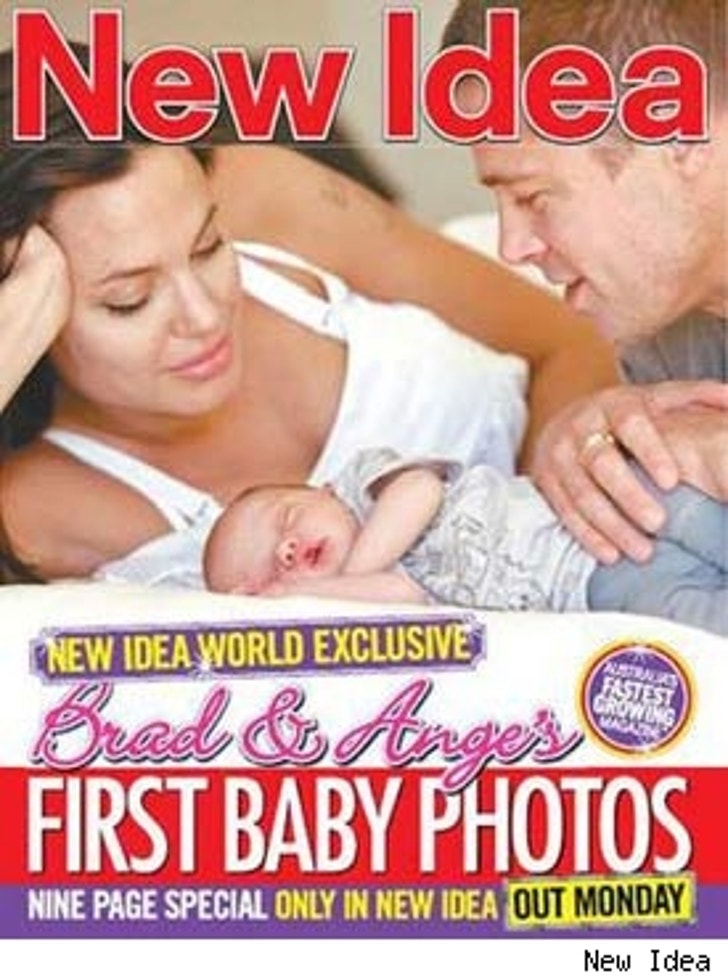 On their way to sainthood, Angelina Jolie and Brad Pitt are going to be recognized by the Australian government ... with their very own postage stamp. Lick that!

The Sydney Morning Herald reports that supermom of the world, along with hunky partner Brad Pitt and daughter Shiloh, will be reproduced from the cover of New Idea magazine -- which is sponsored by Australia Post -- and slapped onto a .50 cent stamp. A New Idea spokesman says, "These stamps will become instantly collectible and sought after by philatelists around the country."

For some time now, both Ange and Brad have been sought by philatelists who would like to stick them.