A judge just decided that Jermaine Jackson will not have to pay child or spousal support ... for now. 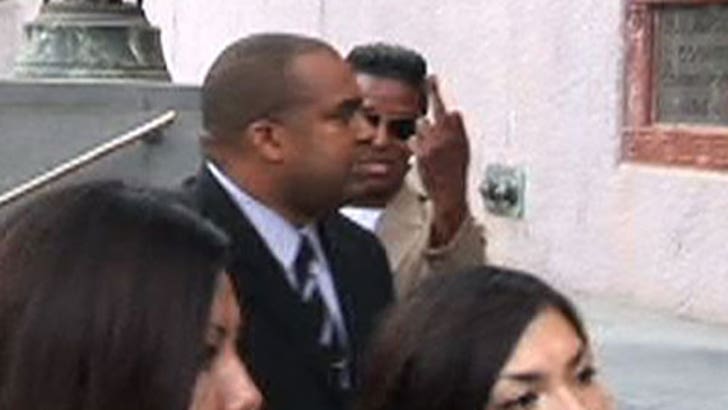 Jermaine's off the hook because the judge could not verify any income for the Jackson brother, though his ex-wife Alejandra claims he made money off a UK version of "Big Brother" and got $150,000 from Prince Abdul in the Middle East -- which Jermaine called a "loan."

Jackson's mother was ordered to continue paying for the children's expenses and must let Alejandra continue to live in their home for free. The next hearing will take place September 24.

TMZ caught Jermaine on his way into Stanley Mosk Courthouse, where he was none to happy to see our cameras -- even flipping us off to prove it!