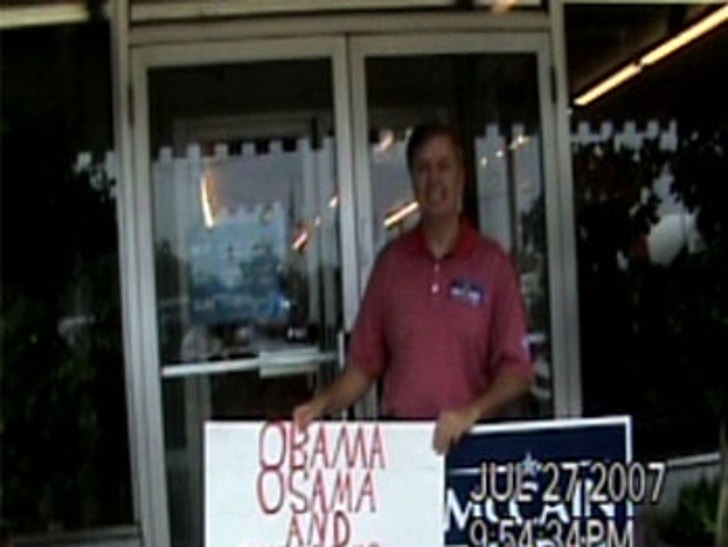 No, not Lindsay ... Lindsey! Senator Lindsey Graham joined Mitt Romney with a controversial campaign move -- by holding up a sign connecting the views of former First Lady and NY Senator Hillary Clinton and Senator Barack Obama ... with Osama Bin Laden. Another Graham cracker! 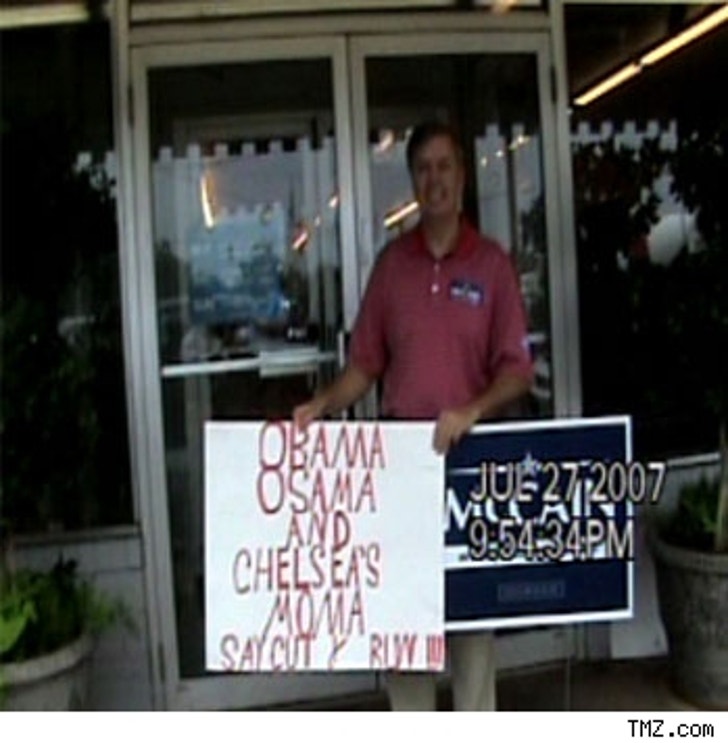 TMZ obtained this photo of the Senator from South Carolina on the campaign trail, holding up a sign that says, "Obama, Osama, and Chelsea's Moma Say Cut and Run." LiGra may not agree with Hillary's less hawkish views, but placing the words of a terrorist in a fellow senator's mouth is a little much!