America's favorite ursine sensation, Gummi Bear Davis, was in a little car confrontation last night, but the car was unhurt. GumGum bagged on a driver who failed to move on a green light. Do not hold up the bear! 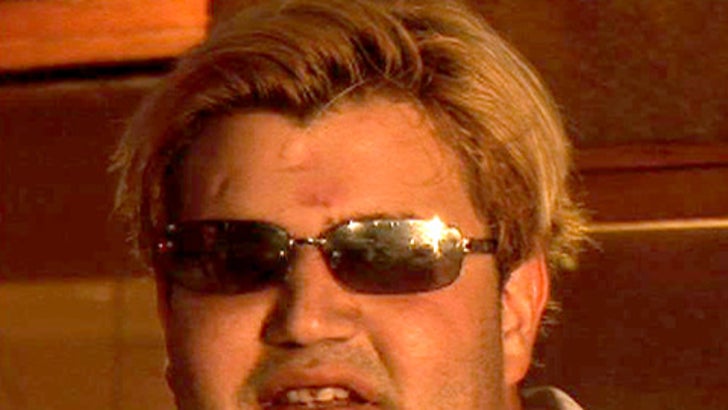 Sporting a dent in his forehead and what appears to be remnants of a jelly donut in his teeth, the waddling bear chatted TMZ cameras outside of Forte restaurant in Beverly Hills, where the waddling bottle blond brought us up to date on his latest forest wanderings.

Gummi's working on something, but he wouldn't say exactly what, but confirmed that he and brother Greasy don't just take up time and space, and that he was "building my own name." Apparently, one sandwich at a time. *theme song* *two people clapping*