Reigning backend beauty queen Kim Kardassian stopped for a daytime treat at Dylan's Candy Bar in Manhattan, but only her ice cream was cold as she sent a warm message to Lindsay Lohan -- while literally stopping traffic in a busy New york intersection to hit the perfect exit pose. Honk if you love that honkin' booty! 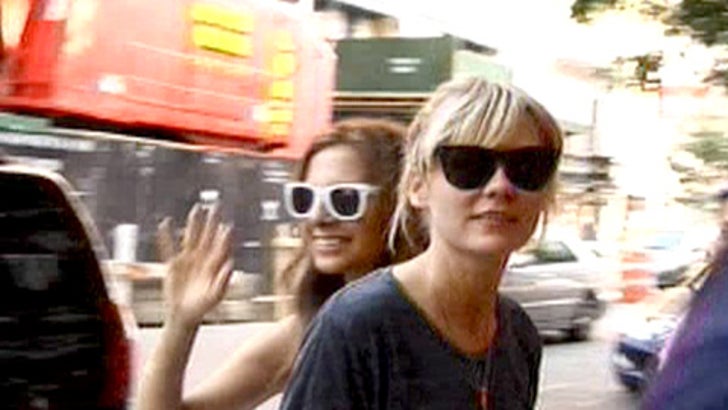 Frumpy film star Kirsten Dunst was spotted entering the Soho Grand Hotel to prep for filming on her upcoming movie, "How to Lose Friends and Alienate People." Kiki looked as radiant as, well, a radiator. Someone needs to get that girl a drink! Tan and tonic, anyone?

Also in New York, Amanda Bynes -- who looked absolutely dee-lish in a leggy black dress at the launch of her clothing line -- and Maria Menounos, who popped in to check out Amanda's designer duds. Amanda's clothing line debuts in September.

Across country in L.A., Miss Mary J. Blige did some shopping at Barneys, the Sisters Hilton hit up a party at Les Deux. Audrina celebrated the new season of "The Hills" at Hyde, and Will Smith took a break from filming to pose for photos with fans.

All this and more in today's "Caution, Ass Working" edition of Star Catcher.