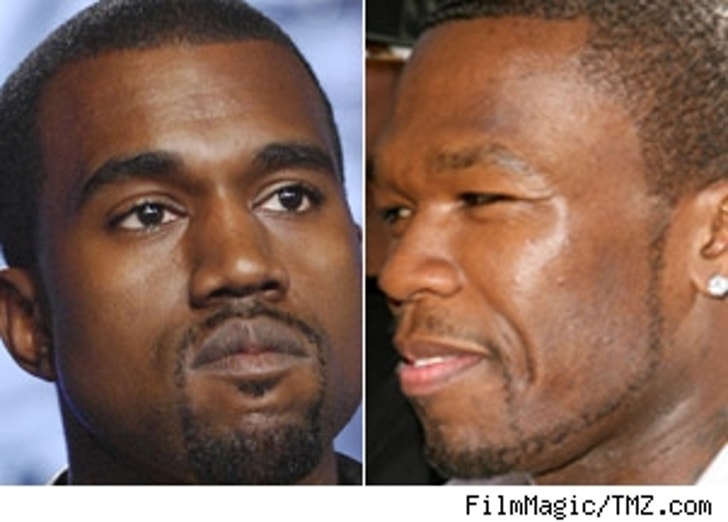 Rapper/human target Fifty Cent swears that if he loses his upcoming chart-busting battle with Kanye West, he'll stop releasing solo records. Mr. Half-dollar is going head-to-head with West over whose album will sell more on their shared release date -- September 11.

The gangsta rapper and his "Stronger" competitor, Kanye, are both releasing albums on the fateful day. Never forget the day when two overblown hip-hop artists' egos exploded across the charts!

"If Kanye West sells more records than 50 Cent on September 11, I'll no longer write music. I'll write music and work with my other artists, but I won't put out any more solo albums," Fitty told sohh.com. Let's hope!

"And I bet this," Fitty twittered in the third person, "When Kanye West's sales come in, he's gonna have a 70 percent decrease cause Def Jam is gonna buy records to keep him closer to 50 Cent. So watch the first week and then watch the second week. Watch his ass drop off the planet. We keep our angles covered before we make a decent bet."