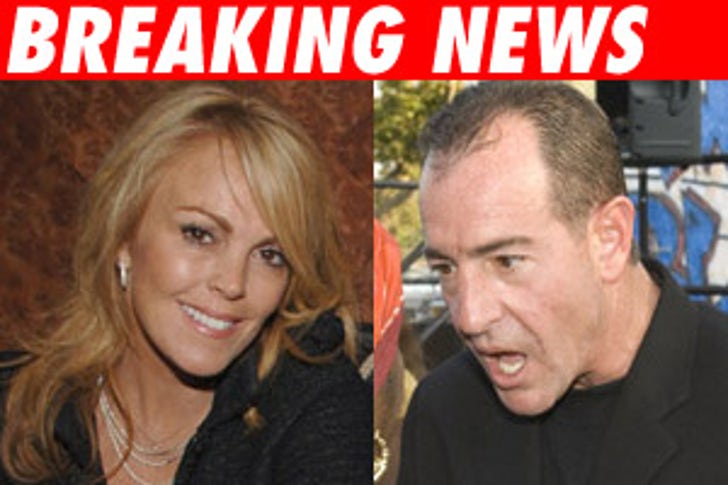 Daddy dearest Michael Lohan was his usual talkative self outside divorce court this morning. The ex-con father figure gave the media some face time about his pending divorce with Dina and his darling DUI daughter, Lindsay. Michael said he's hoping the divorce settlement will "stop the madness."

Mikey flew off the handle when asked about Lindsay's former bodyguard Tony Almeida's claims that he was an emotionally and physically abusive parent. In this week's In Touch, Almeida alleges that Papa Lohan once pulled over on the side of the Long Island Expressway and shoved Lindsay against a car. Lohan categorically denied Almeida's claims. "Tony is a liar who is out of job and trying to make some money. I do not know what the bodyguard is talking about. He came into our lives when I was out for one year. Tony is a liar. You can ask Lindsay and she will tell you."

When asked whether Dina was a good mother, he offered, "When I was with her, she absolutely was." How sweet! Is there room for a possible reconciliation? "I don't know," said Michael. Dina probably knows.

Both Dina and Michael were mum on Lindsay and her whereabouts. Dina would only say that daughter LiLo was "fine."