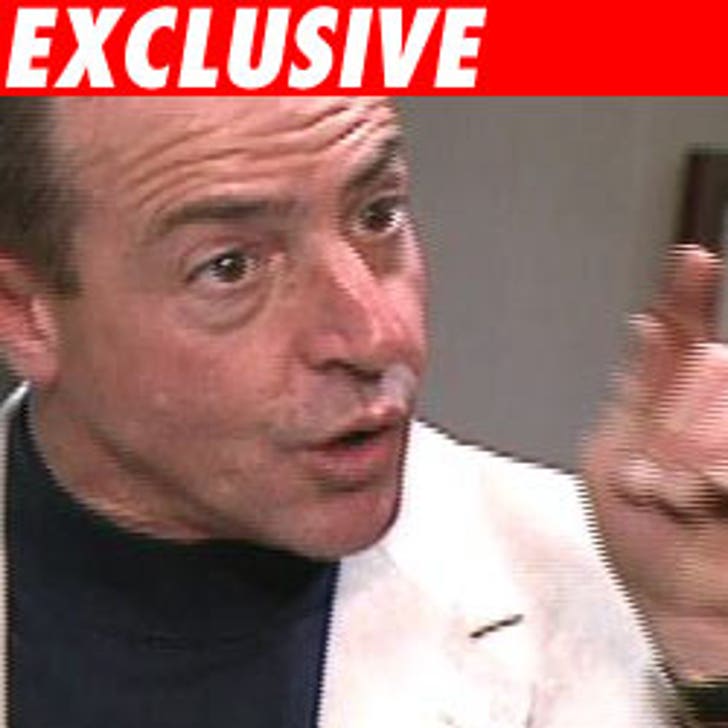 After complaining last week that his soon-to-be-ex-wife Dina was dating a boozing loser, Lindsay Lohan's Daddy Dearest, Michael Lohan, stepped out with a none-to-appropriate date of his own.

Michael released a statement last week saying that Dina's honey, Jim McMillian, "should not be in the presence of my children -- especially when I'm being kept from them. He is no example, nor is he a substitute father." Snap! Now It appears the ass-kicking shoe is on the other foot!

Last week Michael went shoe shopping in Long Island with the Blonde Young Thing -- who is reportedly young enough to be his troubled daughter. They were spied at Hampton Shoe Vixen in East Quogue, N.Y., on a well-heeled shopping spree. Sales rep Natalia Gray waited on the lovebirds and said they were all over each other. "They were calling each other baby." Michael then told Gray that he would be starting a rehab center in nearby Southampton. "It didn't make sense to me. You're preaching God but you're living in sin," she said.