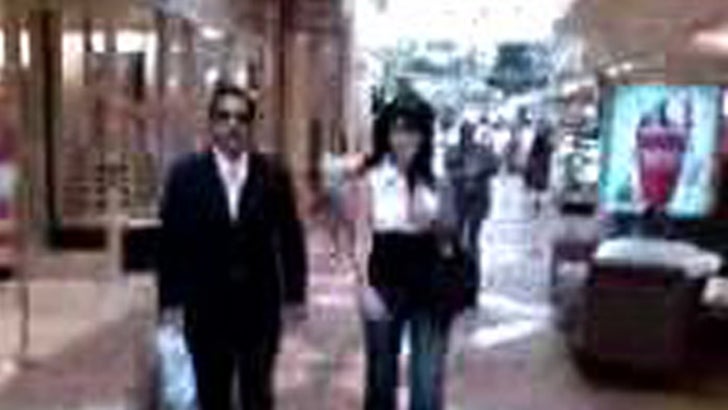 Senorita Salinas was suspended from her TV news duties at Telemundo after a three-week investigation, because she was reporting on the Mayor's separation from Corina (his wife of 20 years) -- while reportedly being the cause of it! Ay Dios mio!

Our eyewitness spy reports that the Mayor was happy to pose for a picture, but Ms. Salinas, in jeans and heels, attempted to avoid being photographed. The Mayor then wanted to see the "photo" being taken, and literally took the cell phone from our spy to flip through the photos -- photo approval anyone?! Noticias a las 11!