Fun-lovin' David Arquette went from wacky to wacked, when he flipped out on paparazzi last night in front of Nobu. The "Scream" star, who was there with wife Courteney Cox, was screamin' at paps who he claimed were blinding him and keeping him from being able to drive his car – even though he was technically parked at the time. 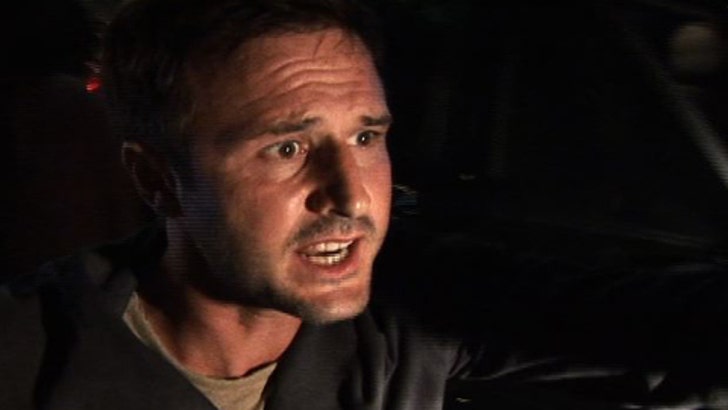 Angry Arquette confronted a pap, and at one point smacked his camera away before other cameramen calmed him down.