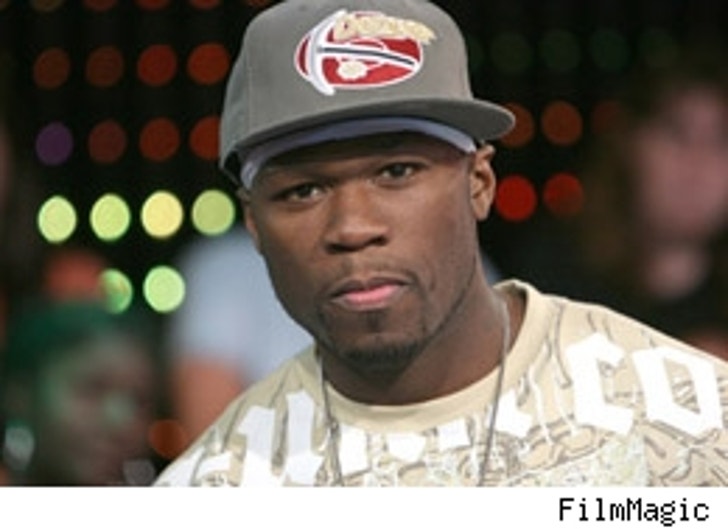 Rapper/Kanye West frenemy Fifty Cent flew off the handle this week after the furious Fiddy found out that a new video of his was leaked to the web -- and the rapper thinks it was an inside job at Interscope.

The video, intended drop in October, is for a song called "Follow My Lead," and features a collaboration with white hot crooner Robin Thicke.

When Fifty -- real name Curtis Jackson -- found out about the leak, he freaked out and allegedly told Interscope execs that he refused to do promo for his new record "Curtis," which drops on September 11. The irate Mr. Cent then went on a destructive rampage, according to Miss Info, ripping a 70-inch plasma screen TV off the wall and throwing his phone straight through the window of his executive office.
Fiddy refuses to contact anyone from the label and Interscope's now doing damage control, and rescheduling the rapper's public appearances.