Things got downright racial last night in Malibu, when a paparazzo taunted Brad Garrett, calling him racist to his face. Garrett then took out his anger on the wrong guy, bitchslapping a TMZ photog. 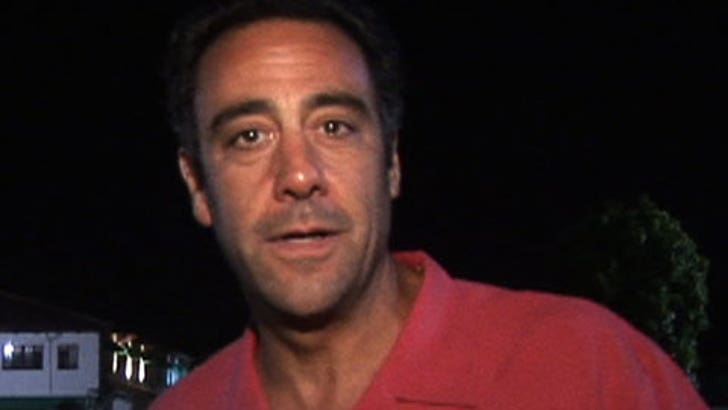 It happened outside Nobu restaurant around 11:30 PM, after a photog from the FAME photo agency questioned the "Everybody Loves Raymond" star about a joke he made about black people earlier in the week. According to several witnesses and FAME, last month Brad noticed a black photog taking his picture, and in Kramer-esque fashion quipped, "I didn't know there were black people in Malibu. Go back to where you came from."

Fast forward to last night, where the 6'8" behemoth reached his boiling point when the same black photog questioned him about the alleged comment. The photog told Garrett that there were "more black people here this time," to which the actor replied, "Yeah, I know ... when did they let you out?" Furious at the comment, photog told Garrett, "You're racist. You should be ashamed on [sic] yourself."

Obviously frustrated, Garrett then lost his cool completely. Instead of reacting to the snapper making the comments, Garrett approached TMZ's cameraman and unleashed his right hand, smashing the camera into the photog's face.

Calls to Garrett's reps were not immediately returned.