Timbaland's top troubadour Justin Timberlake retreated to his (new) New York restaurant Southern Hospitality after his concert last night in nearby New Jersey. The future head chef was without smokin' hot ladylove Jessica Biel, who's been learning how to get all stripperific for her upcoming movie "Powder Blue." 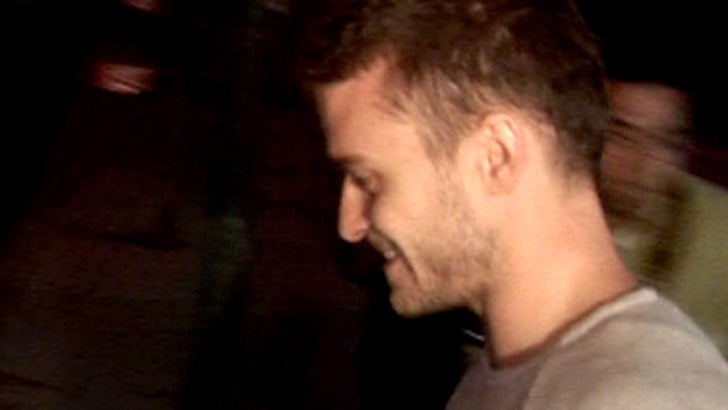 Butter was -- as ever -- Monday night's hotspot as Oscar winner-turned-flopmeister Cuba Gooding Jr. showed up just in time to give a flower peddler the last of his greenbacks from "Jerry Maguire." Also at Butter we found Nick Lachey with his va-va-voyeuriste Vanessa Minnillo, songboy James Blunt and a hat-obscured P. Diddy.

In Malibu, Carmen Electra took a break from yesterday's flesh-flashing photo shoot to hang out on the Polaroid House balcony with a teacup puppy. Grrrrrrr, baby!

Taryn Manning, whose personal wardrobe is still taking cues from her role in "Hustle and Flow," gives her saucy support for Barack Obama before (clear) high heeling it into Joseph's.

All this and more in today's super-rad edition of Star Catcher!