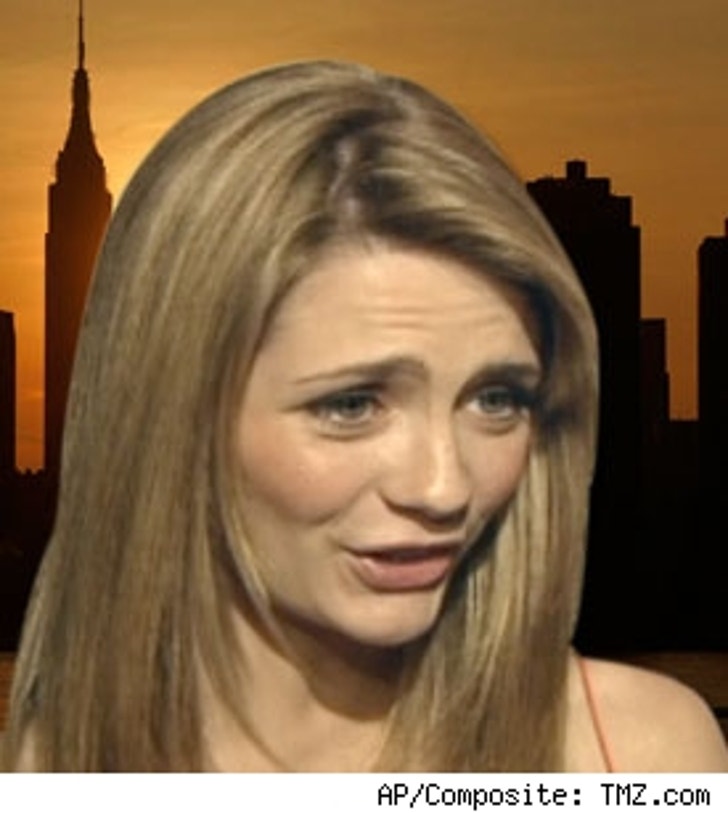 And in this week's installment of "What the ...?", Mischa Barton, pal to mama-to-be Nicole Richie and compulsively oddball fashion victim, has relocated to bucolic Hoboken, New Jersey? Not exactly the O.C. -- but trendy nonetheless!

Mischa's swanky Tribeca bachelorette pad, reports New York magazine, is currently rented out, so she decided to move across the Hudson River to Frank Sinatra's hometown. Ol' Blue Eyes would be so proud!

The actress tried to explain her Jersey jaunt to the mag, saying, "Every time I've come [to New York] recently I've stayed in a hotel which just feels lame." What, were there are no available apartments in New York City? Barton is currently in NY filming her upcoming flick, "Assassination of a High School President."

How's this for glamorous -- if any of Mischa's Hollywood chums visit, the easiest way to get to Hoboken is via public transportation. Oh, the horror! Thankfully, the ride's only ten minutes from lower Manhattan. Fuhgeddaboutit!