Two giddy (and, frankly, too grown) female fans approached the front gate of Paris Hilton's Malibu home yesterday hoping to torment meet the hotel heiress. Even stalkers are hotter at the beach! 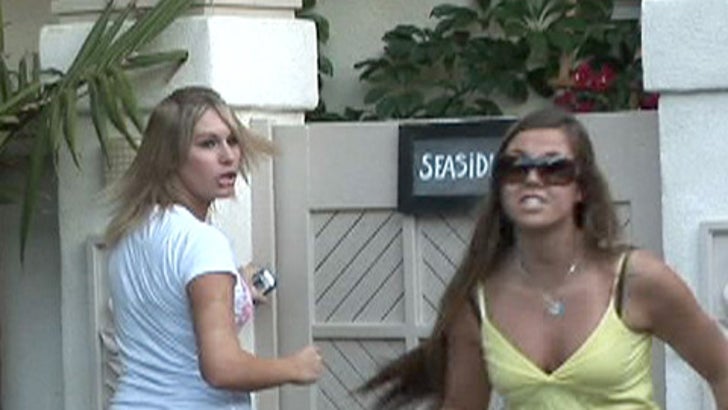 Bordering on harassment -- but settling on just plain annoying -- the duo proceeded to buzz the intercom repeatedly to ask for Paris. The cunning Miss Hilton tried to disguise her voice as a maid -- with a faux-Spanish accent to boot, like fellow celebuwreck Britney Spears did at a drive-thru yesterday! Que pasa locas!

The plan nearly went off without a hitch -- until one of the fans saw Paris through the gate! Foiled again!