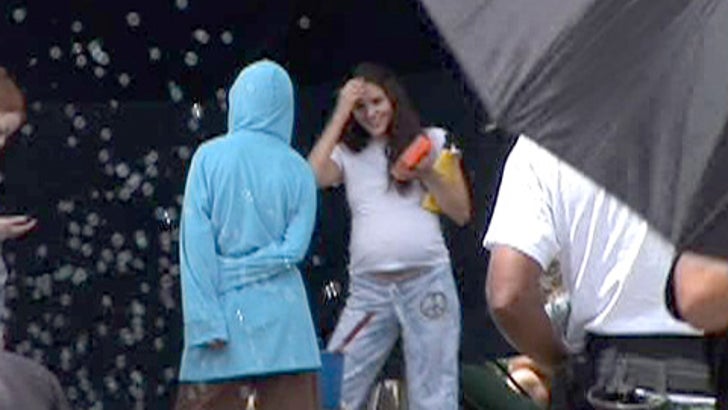 TMZ cameras caught an extremely pregnant looking Kat outside a Los Angeles home yesterday, showing off a sizable belly as she scrubbed a car. So how the hell did McPhee go from stripping down for a Vegas Magazine shoot to sporting a second trimester bump in less than a month? Just Idol speculation: McPhee's currently filming "House Bunny," a comedy where she plays a pregnant sorority girl.

Her co-star Anna Faris was there as well, showing off some cleavage -- though no preggishness -- while walking around set in a robe and bright pink bathing suit top.