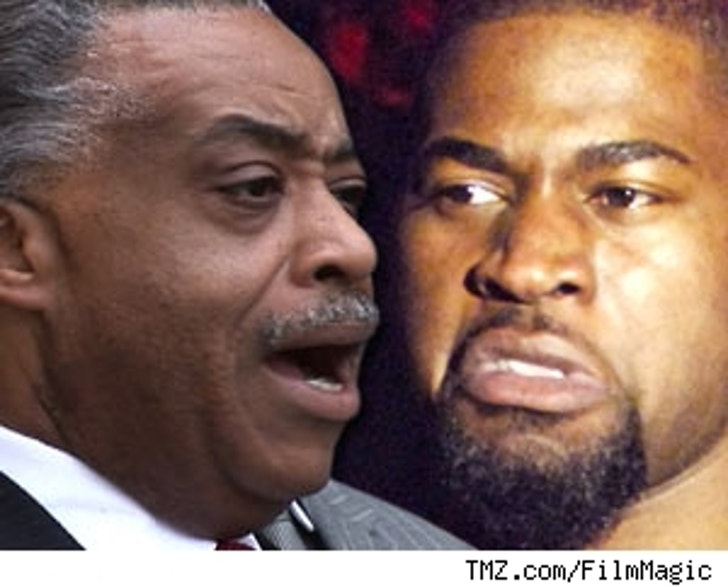 Reverend Al Sharpton -- and his crew-- borrowed from the Isaiah Washington playbook to snap back at a rapper's filthy insults.

Rev. Al responded last night to rap-becile David Banner (real name Levell Crump), who while expressing his "hatred" for Sharpton earlier this week graciously invited Al to "suck [his] d*ck," amongst other offers, on hip-hop newser SOHH.com. Through Kirsten John-Foy, one of the leaders of the Rev's National Action Network, he roared back to the site, "From time to time we do encounter people that have sexual fantasies about Reverend Al Sharpton, but they are always women and Crump's proposition is a first."

A rep for Rev. Al confirmed that John-Foy's response was in fact sent from his office, but added that Rev. Al would "never" respond directly to comments like Banner's.