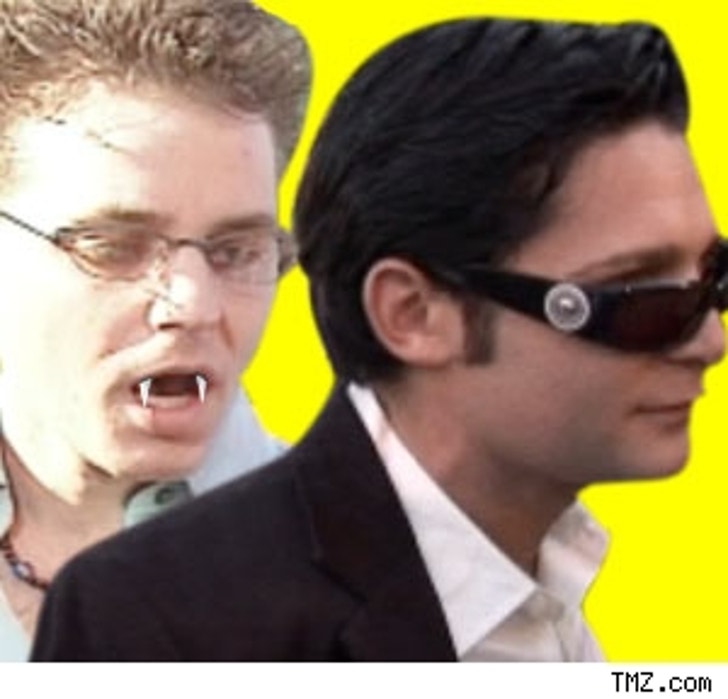 Crazy-eyes Corey Feldman and his be-Botoxed trainwreck/sidekick Corey Haim have both signed on to reprise their roles in a long overdue (translation: should never be made) sequel to the 1987 teen horror flick "The Lost Boys."

The former teen heartthrobs are now way over the celebrity hill, but that hasn't stopped them from acting like little babies on their A&E reality show, the oh-so-creatively titled "The Two Coreys."

The 80s throwbacks starred in numerous films together, including "Dream a Little Dream" and "License to Drive."