Another night in Hollywood, another celebrity skirmish. 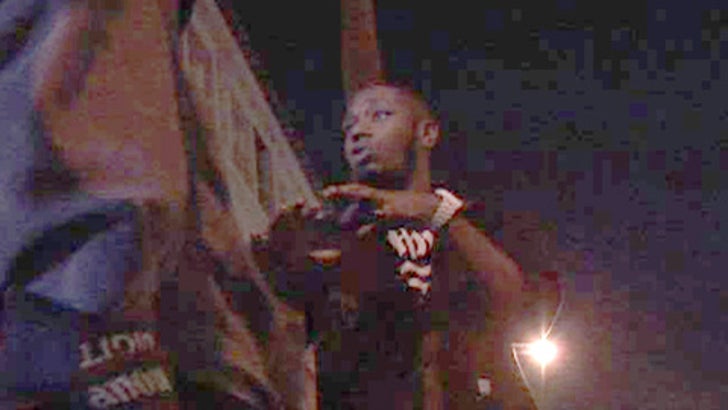 TMZ cameras were rolling in front of Hyde nightclub last night, when outspoken rapper/actor Mos Def went face to face with a paparazzi who snapped his photo in front of the world famous celebrity hotspot. Pissed off that the photog wouldn't delete the shot, Mos first used his words to try and convince the guy to do what he wanted saying, "I'm not from around here" and "You're violating my space." That technique didn't pan out.

Just when it seemed that Mos was going to give up and walk away, one of the rapper's sneaky pals got behind the photog and tried to forcefully snatch the camera away. The photog, who ain't exactly a little guy, held on for dear life.

That's when Mos jumped in -- trying to grab the camera from the other side and jerking the snapper around, until he realized that the other cameras were recording the whole thing. Mos then ran up to the TMZ photog and explained, "I'm not trying to damage nuthin' ... I just want him to erase the photo. I'm not hurting him, I just want him to erase my photo and knock it off."