A post-prison Paris sure is taking advantage of her newfound freedom! 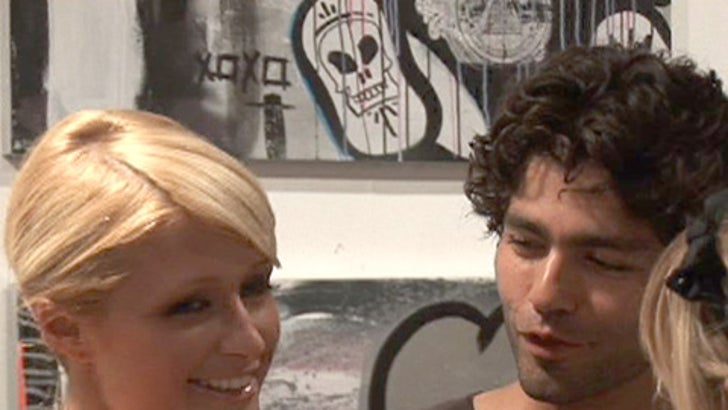 The uber-active hottie began her busy L.A. day accompanied by Las Vegas side showman Jeff Beacher, and while posing for a pic with a mother and her baby outside Fred Segal, Paris decides to one arm grab the unfortunate offspring! Don't drop the little Louis Vuitton!

Safety first Paris followed up her baby snatching soiree by adding a few shades of orange at a Beverly Hills tanning salon, then made a wardrobe change and hit up an art show with consistent courtier Adrian Grenier. Is Vincent Chase-ing a relationship?

There's no better way to end a busy day than being harassed by a homeless Al Pacino impersonator, who's told by the surrounding photogs that he's "scaring" Mizz Hilton.