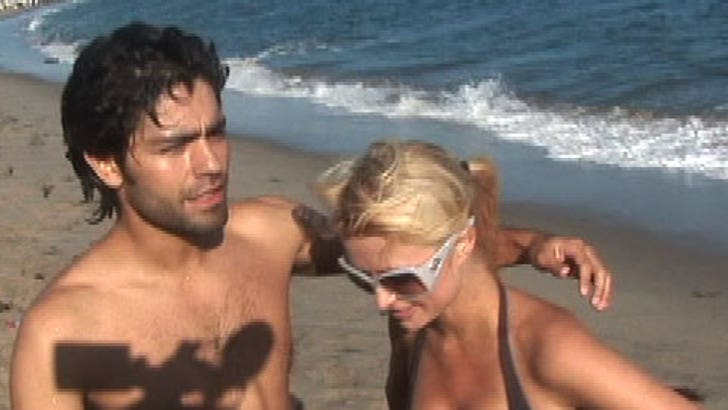 The two were spotted inside the ex-con's Malibu beach house Thursday and later came out to play in the sand and surf -- with Paris showing off some cleavage in a one-piece and Grenier taking his shirt off to swim.

Don't give up on Vince just yet though -- Grenier is working on a documentary focusing on the relationship between celebrities and the paparazzi and how they can't survive without each other, and who would know more about that than Paris?! The scruffy stud even got a little jealous when cameras focused on the heiress more than him. Maybe it's time for Adrian to release a sex tape!