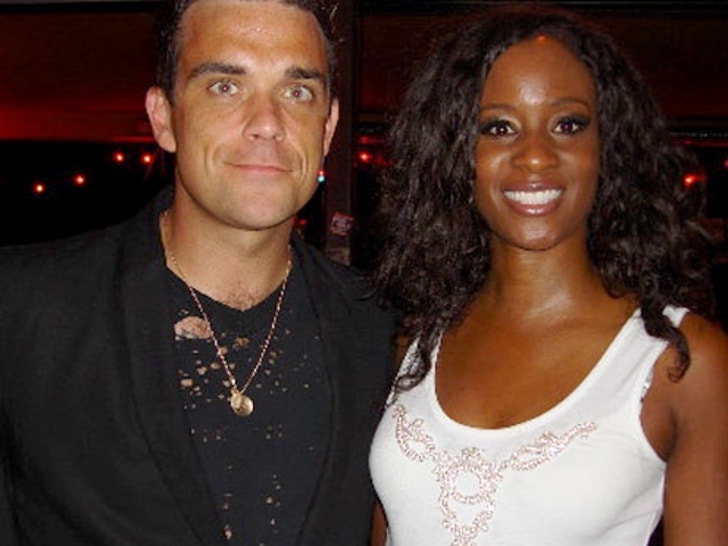 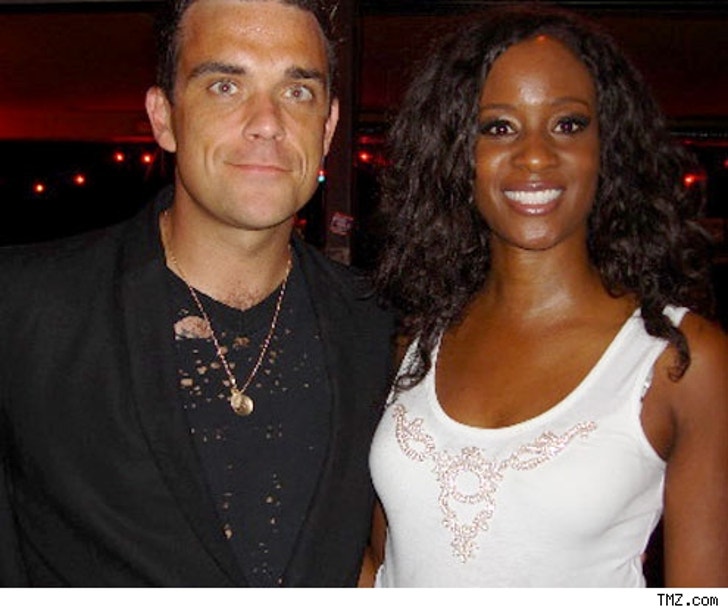 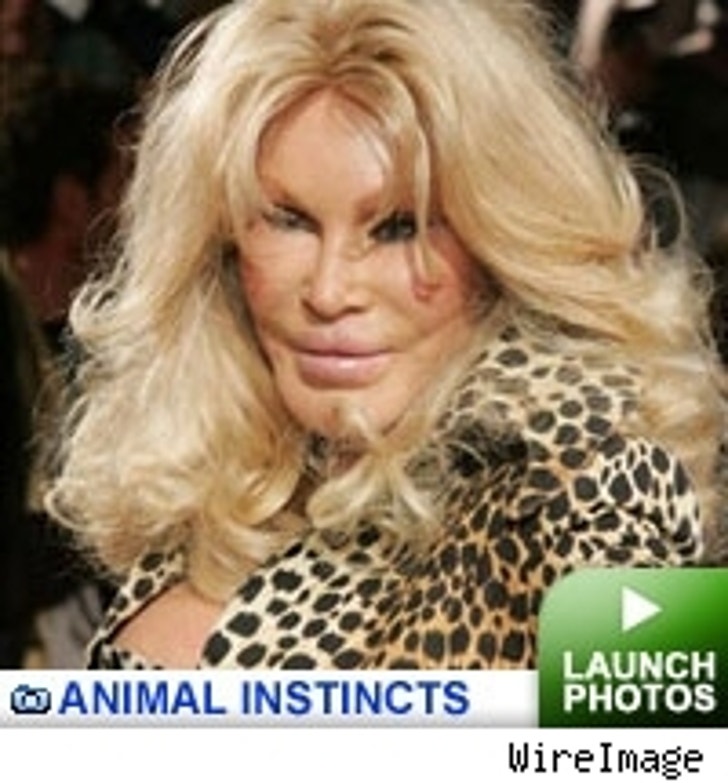 The 33-year-old rehabbed crooner hit up Hamburger Mary's in West Hollywood, Calif. on Wednesday to play a little charity celebrity bingo. B-14! Williams did so well he ended up winning the game -- and a Diane Merrick leopard print handbag. Take That! Also in attendance were glamazon Dita von Teese and the evening's host, "Superbad" star Erica Vittina Phillips (right).

Proceeds from the event will help fight breast cancer, while Robbie's new accessory will help him look absolutely stunning!