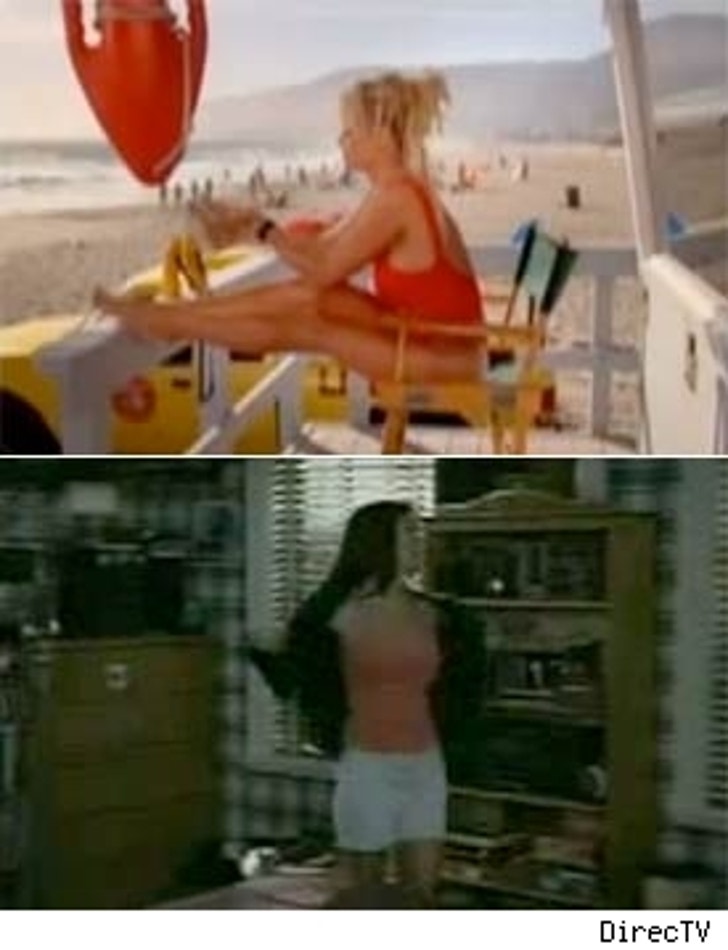 A federal judge granted a preliminary injunction against DirecTV, blocking the satcaster from airing certain commercials -- one of which features "Baywatch" babe Pam Anderson.

Comcast, the cable operator that sought the injunction, claiming that ads boasting DirecTV has better HD picture quality than cable were "unscientific." In the spot, featuring Pam in her signature "Baywatch" swimsuit, she turns to camera and says, "DirecTV's picture quality beats cable 4 to 1." Clearly, if someone is making their HD decisions based on Pam Anderson's recommendations, they deserve what they get.

TMZ, bringing you the dish on the dish.