Nobody can say David Beckham doesn't appreciate his fans -- giving up his own shoes to an autograph seeker! The sole of Beckham! 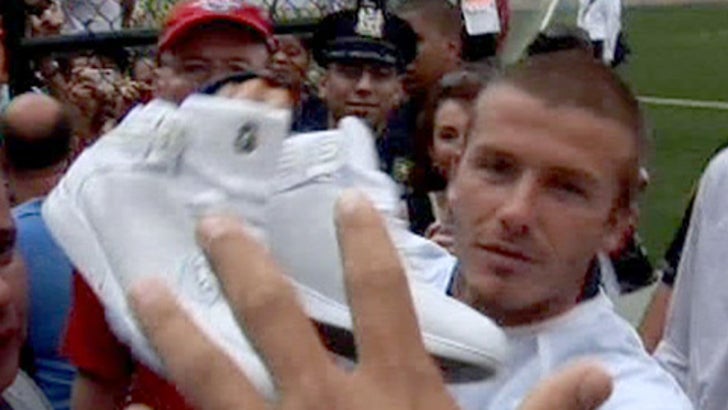 TMZ was outside of a special soccer clinic for kids in Harlem on Friday, where there was an absolute frenzy over Becks' arrival. Sexy Becksy signed everything fans threw at him, including a basketball, baseball glove, football, cell phone -- even a dollar bill -- though surprisingly, or maybe not, no soccer balls.

On the way out of the clinic, one man asked Beckham to sign his shoes for him -- with Beckham going one better by actually removing the sneakers he'd been playing in all day, handing them off to the guy and walking to his car -- shoeless.