TMZ has learned that our favorite ursine specimen, Jason "Gummi Bear" Davis, has developed -- wait for it -- a flesh eating disease! Call a vet! 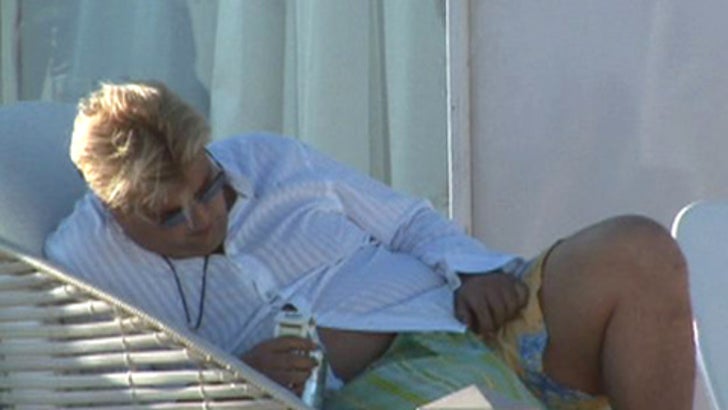 Gummi told our staffer that he contracted a staph infection after scraping his legs in a nasty fall a couple of months ago. Gummi fall down go boom! The open wounds became infected, causing "weeping" sores that spread all over his body, back and legs. Unbearable! Gummi said he's on a powerful antibiotic called Zyvox-- at $4,000 a pop! Jason told a TMZ staffer, "I am literally being eating alive!" A smorgasboard for bacteria that could take up to thirty-two years to accomplish.

One positive thing for Gummi: he's given up booze and says he hasn't had a drink for nine weeks. Just when the bear was repairing, he starts to rot.