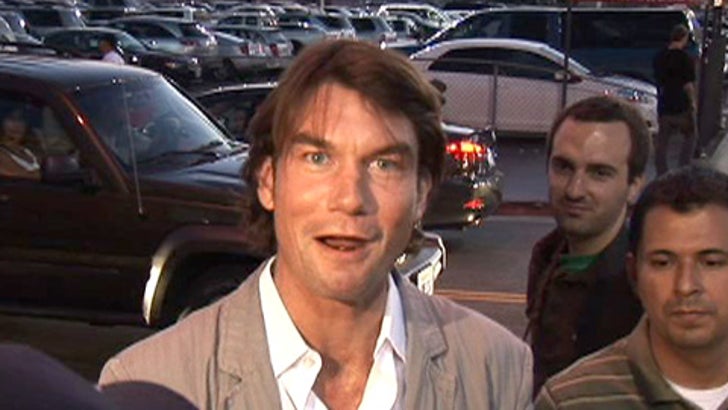 TMZ spotted Romijn's new hubby outside the Music Box over the weekend, where he was on the hunt for TMZ after reading a story where he said we called Jerry and his wife a "boring couple" ... the actual quote was "sexy-yet-somehow-bland," but Jerry was nonetheless hurt, and caused passersby to break into spontaneous naps.

Jerry joked that maybe he should fight the paps to be a little more interesting but ge djal djfkk pppp ;;;;;; zzzzzzzzz.