Eleven extras were injured when they fell out of a truck during filming of that Hitler movie starring Tom Cruise, German police said Monday. 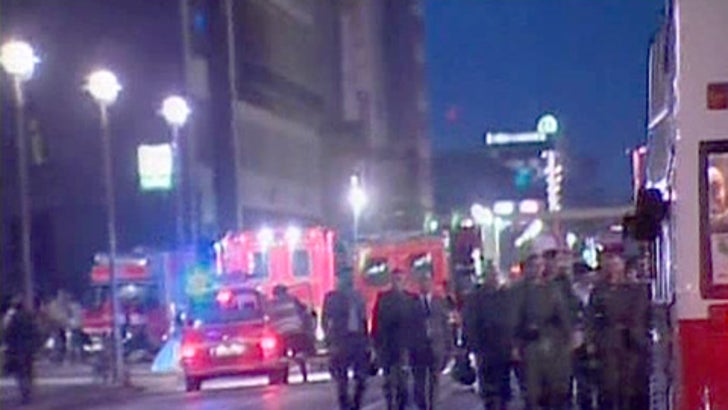 All 11 were taken to a hospital -- and filming stopped. All but one were treated and released. The extent of the 11th person's injuries was not clear. Another person who fell out of the truck was unhurt. Germany's Bild daily reported that Cruise was not involved in the weekend filming.

Police said in a statement that a bolt on a side panel of the truck apparently came loose as the vehicle turned. The mishap occurred during filming of scenes around the Finance Ministry in Berlin, which was once the Nazi aviation ministry.

UPDATE: United Artists issued the following statement to TMZ: "Ten extras working on the World War II thriller "Valkyrie" briefly required medical attention Sunday evening after falling off a slow-moving truck at a second-unit location in downtown Berlin. The extras were riding in the back of a truck that was traveling at less than 10 mph when some wood slats gave way, sending them tumbling onto the road. No one suffered anything more serious than cuts and bruises, though one of the extras was kept in the hospital overnight for observation. The movie's principal production unit, which includes director Bryan Singer and star Tom Cruise, was not filming when the mishap occurred, and it is not expected to have any impact on the film's production schedule."