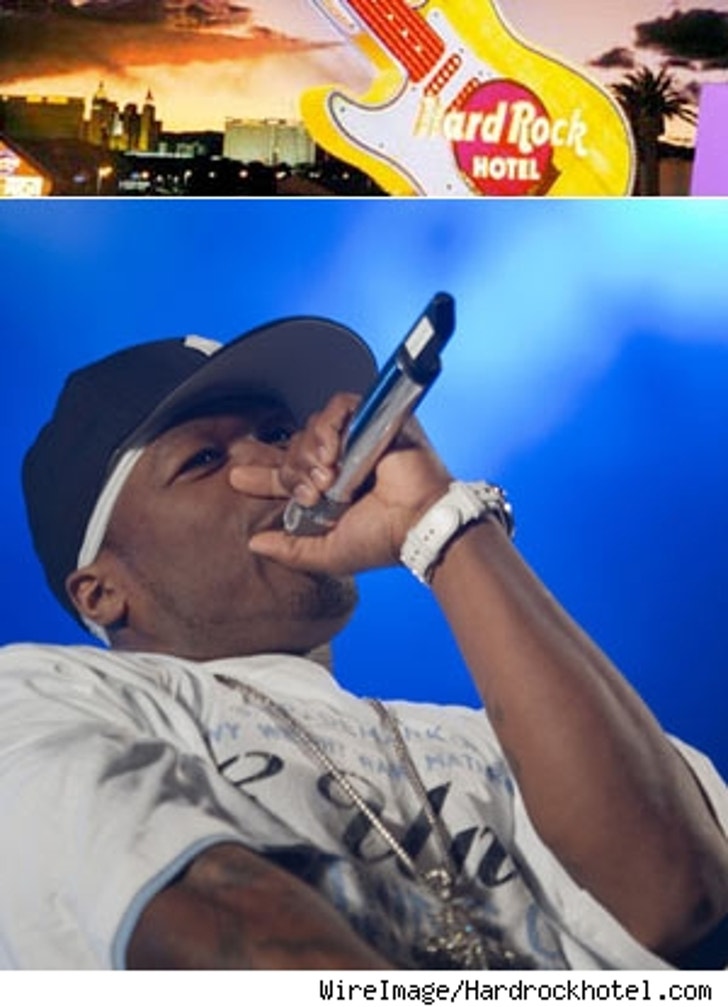 Kanye West and 50 Cent are still battling over the rights to the Hip Hop world -- and Fitty's takin' his two bits to Vegas! Got slots?

The rap stars are both dropping new albums at the same time, and 50 has been vocal about halting his music career if he doesn't outsell Kanye. TMZ has learned that Mr. G-Unit himself just signed to do a blowout concert at the Hard Rock Hotel and Casino during VMA weekend, Sept. 8-10. The concert will happen just days before 50 and Kanye's new CDs hit the streets.

Fitty is teaming up with Vegas vaudevillian Jeff Beacher, who will emcee poolside on the splashy new Pontiac Garage stage.