Bobby Trendy was in mourning this morning after his favorite West Hollywood gay bar went up in flames -- who's gonna strip for him now?! 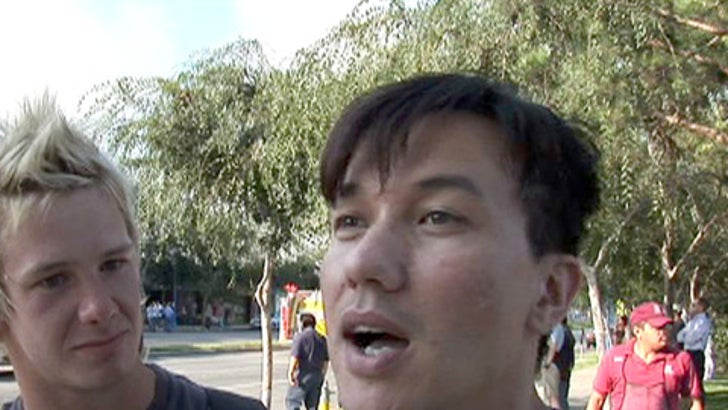 TMZ cameras were shooting the blaze at Micky's, as the one and only, never lonely Bobby, accompanied by an extremely cute companion, walked up to the camera to show his concern for any people possibly trapped inside. "I'm really concerned about the strip show tonight ... I'm worried about the strippers!" lamented Trendy. Luckily, no go-go boys were injured in the inferno, and only one person had to be rescued from the building's second floor.

Not one to miss a moment for self-promotion, Trendy compared Howard K. Stern's opinion of Bobby to "a butthole," and talked about his upcoming Anna Nicole Smith flick, starring him. Wonder how Willa Ford feels about that statement!