Thanks to Bobby Trendy, nipple shots have officially jumped the shark.

TMZ caught the taffeta lovin' Anna Nicole Smith hanger on, sporting one of his "original" designs outside a fashion show at the Highlands. Spotting the camera -- and a chance for some attention -- Trendy pulled back her shirt and exposed her nipples to the poor cameraman. Wannabe girl gone wild! 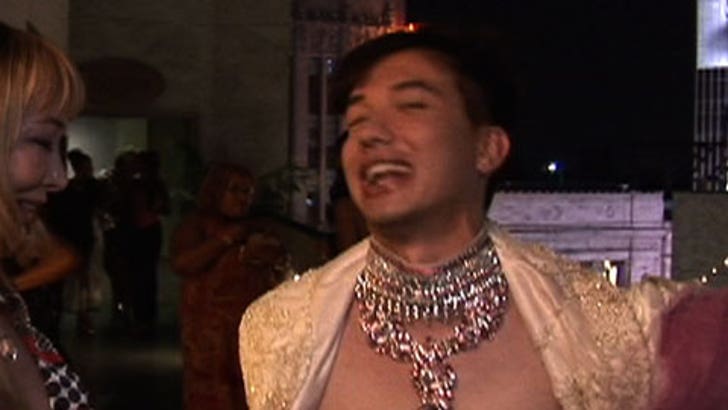 Trendy then asked about mortal enemy Daniel DiCriscio, telling our guy he'd love to see a fight between the Bret Michaels-alike and Sacha Baron Cohen -- and would even serve as referee.