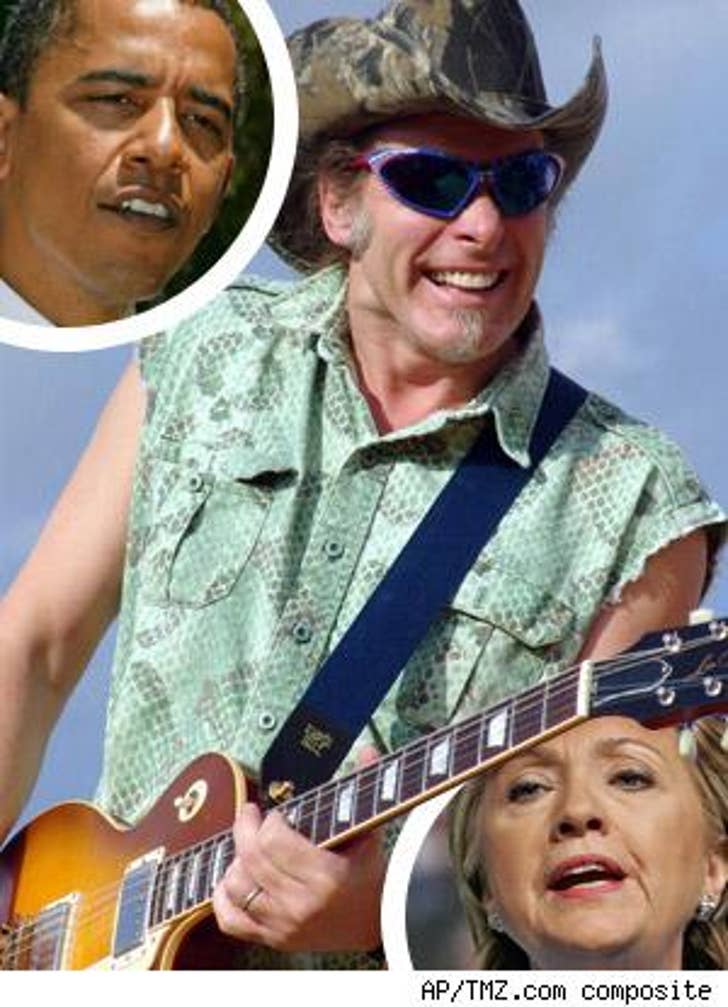 Rocker Ted Nugent referred to Senator Barack Obama as a "piece of s**t" and Senator Hillary Clinton as a "worthless b**ch" in a video making the the Internet rounds today. Wonder how he really feels?

In the video, recorded sometime last week, Nugent walks the stage holding a pair of what he calls "machine guns." "Obama, he's a piece of s**t," Nugent screamed. "And I told him to suck on my machine gun ... and then I was in New York, I said, 'Hey Hillary, you might want to ride one of these [referring to the "machine guns" in his hand] into the sunset you worthless b**ch!"

Nugent is known for his conservative political views and his pro-gun position. His official website is broken into two parts; music -- and hunting. Says it all, doesn't it?