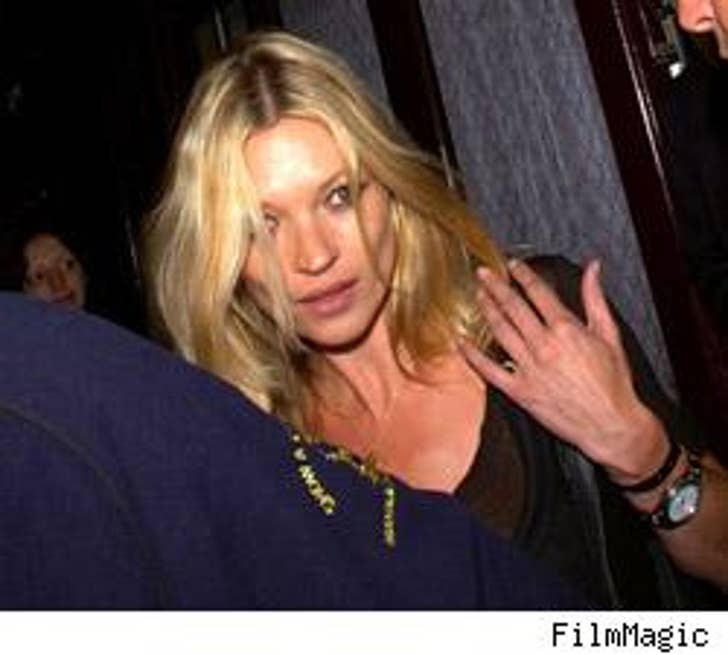 You can never be too thin or too rich -- unless you're Kate Moss.

The waifish wayfarer, who made strung-out too-thin heroin chic oh-so-cool in the mid '90s, isn't looking so hot ten years on, say sources. Friends, reports the Daily Mail, are concerned that Kate's gone out of control after the latest round of battles with on-again off-again trainwreck boy toy Pete Doherty, and she's more gaunt and sallow than usual.

Kate, say friends, has lost almost ten pounds in the last three weeks -- and is barely eating. Imagine -- a model not eating!

The source of her starvation? Ex-disaster Doherty has been spotted with ex-girlfriend Irina Lazareanu -- the same model Moss chose to rep her Top Shop clothing line.