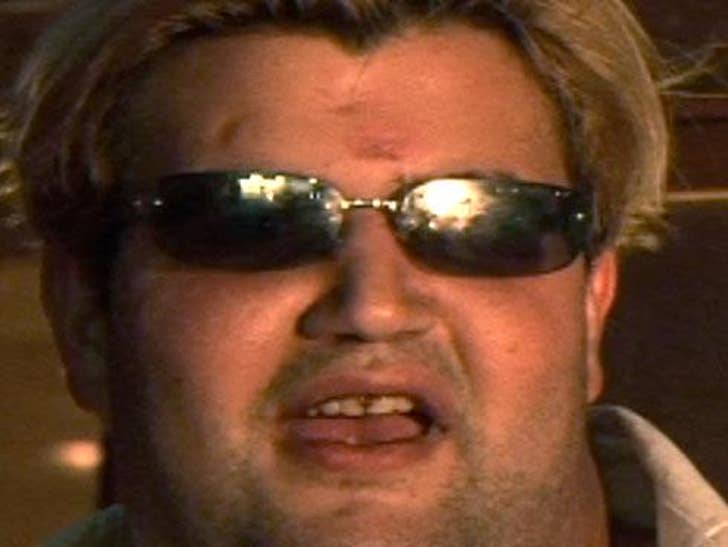 The Gummi Bear is not quite well, but party he must, so he rang Paris' bell.
I'm sorry, dear Bear, you've got staph! Go away! Be gone! Until you are well! 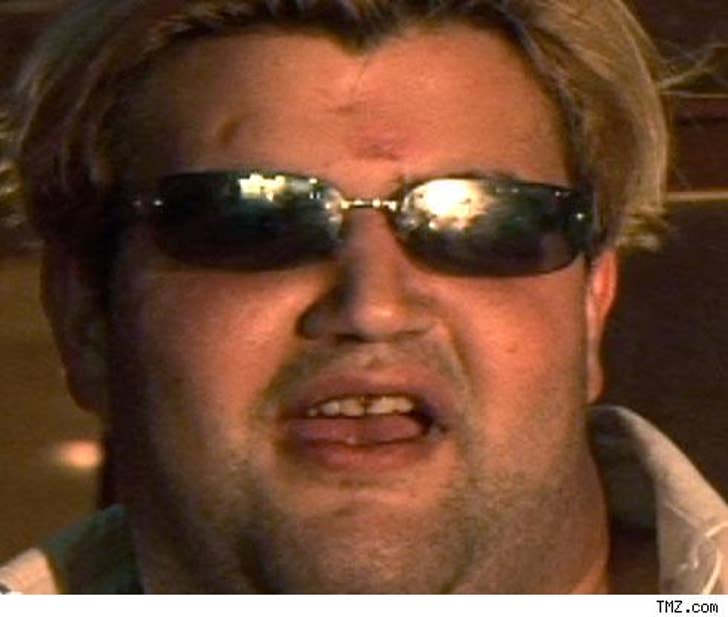 No, it's not a bedtime story for wee rich kids, it's just the oozing life of Jason "Gummi Bear" Davis, who was allegedly turned away from a party at Paris Hilton's beach pad this weekend because of his horrifying staph infection. The angry bear was then seen a few doors down at the LG house, where he was madly texting Paris, upset that he was banned. Do not anger the bear!

Reports say that Paris had some guests who were pregnant, and didn't want the infected bear around. Well, there's a handy excuse! Paris Hilton, smarter than the average bear.