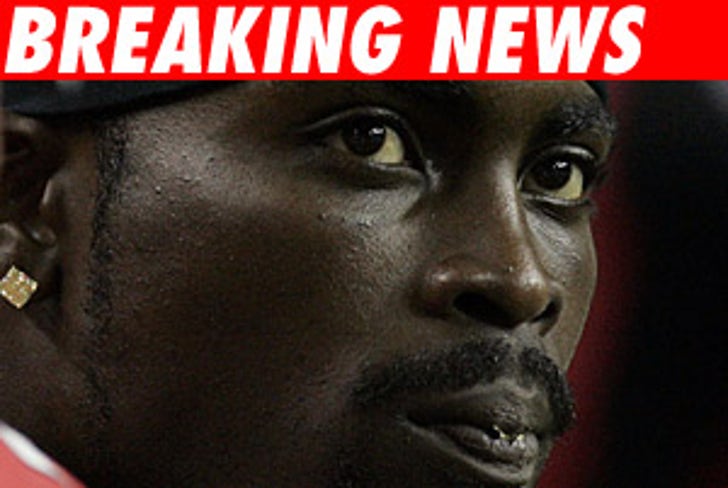 Michael Vick pleaded guilty Monday to a federal dogfighting charge. He is now awaiting a sentencing date that could send him to prison to serve some serious time.

Vick, who is suspended indefinitely by the NFL, entered his guilty plea before a U.S. District Court judge in Richmond, VA.

Sources inside the courtroom report that Vick was stoic during the proceeding.

U.S. District Judge Henry E. Hudson, who accepted Vick's plea, asked the QB, "Are you entering the plea of guilty to a conspiracy charge because you are in fact guilty?" Vick quickly answered, "Yes, sir." The judge replied, "You're taking your chances here. You'll have to live with whatever decision I make."