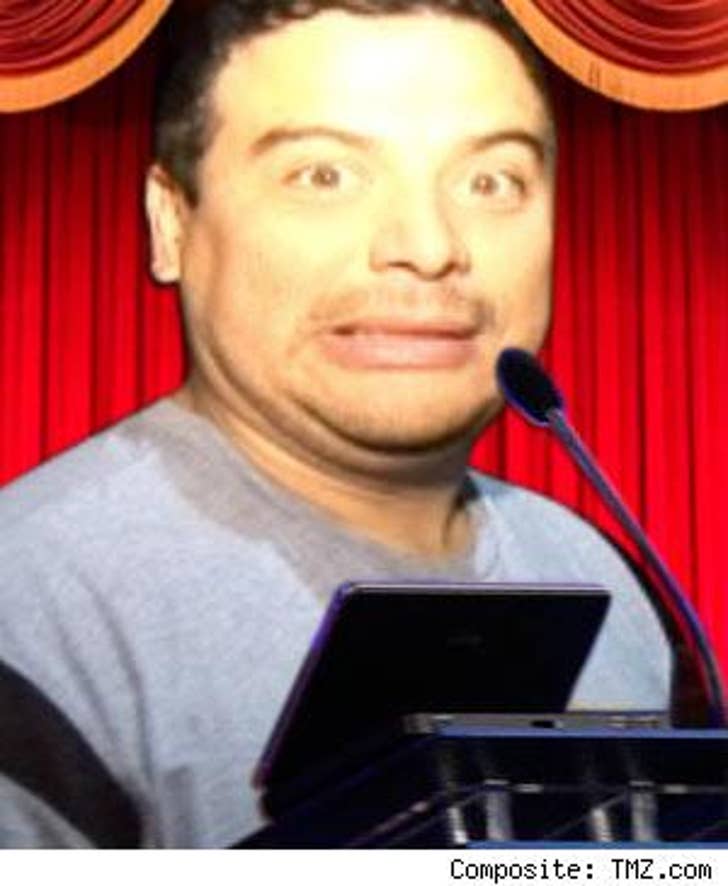 Comedian Carlos Mencia has been tapped to host the Creative Arts Emmy Awards next month in Los Angeles. The key word in that sentence is "creative."

Mencia, star of Comedy Central's "Mind of Mencia," is frequently accused of stealing his material -- earning the nickname "Carlos Menstealia." Joe Rogan, a comic and former host of "Fear Factor," famously confronted Mencia on stage earlier this year in a 10-minute YouTube video documenting Mencia's alleged theft. Another popular YouTube clip shows a famous bit from the 1983 Bill Cosby special, "Himself," and a strikingly similar performance by Mencia in his 2006 comedy special, "No Strings Attached."

A February Radar magazine article about joke stealing referred to George Lopez's feud with Mencia over a bit he claims Mencia stole and put in his HBO special. Lopez says he threw Mencia against a wall.