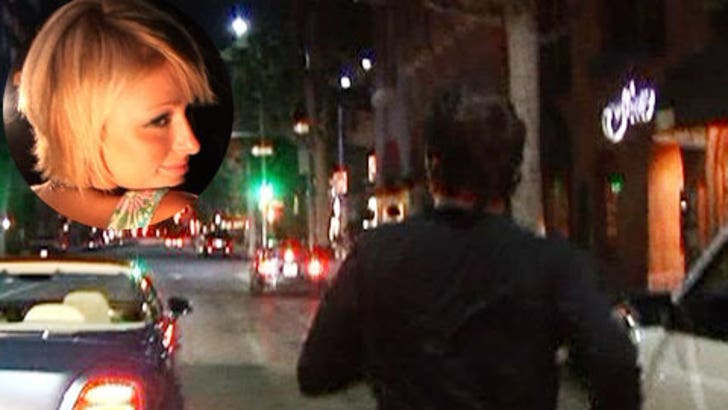 Though brother Gummi, dressed in his birthday best track pants, stumbled a bit on the way out and bumped into a trash can while heading to his car, the real action happened when Paris and Greasy left the building. Photogs flocked to Hilton as she shouted, "Where's my Bentley?!" -- the herd of paparazzi followed the heiress to her car -- with paps completely ignoring the birthday bear.

Then, absorbed in her Paris-centric world, Hilton didn't even notice Greasy as he ran back to her car -- as she peeled away, leaving Greasy alone in the street.