The talented editors at TMZ came across this gem from last night's Les Deux coverage -- and could only say one thing about the girl in the video: What a betch! 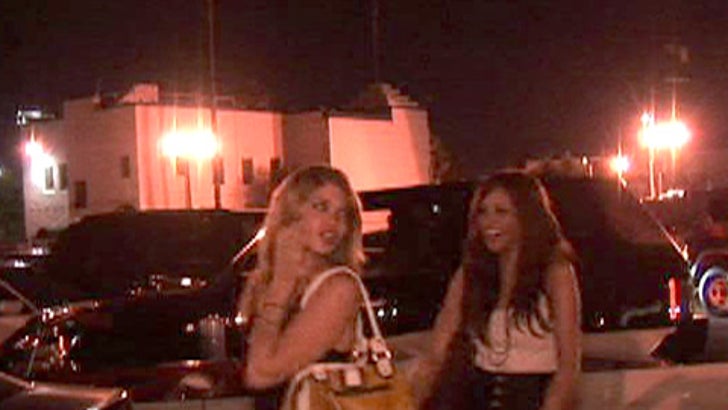 A photog captured a random club goer cussing out a poor guy who almost backed into her clique. Instead of letting it go with a simple "watch out," she instead hit him where it hurt -- by dissing his car!

The driver's reaction is just priceless.