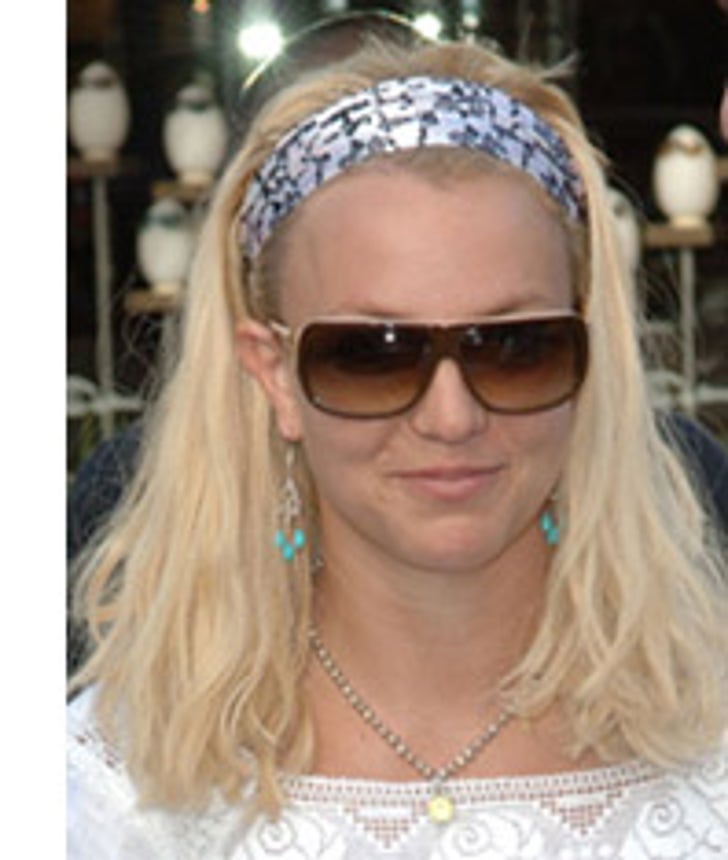 Spears, in typical bad weave and unfortunate fedora, partied like it was ... brunch -- drinking champagne and orange juice mimosas into the wee hours. K-Fed's other ex, Shar Jackson, was spotted chillin' at the club, as were "Hills" brosephs Brody Jenner and Frankie Delgado, along with Dave Navarro, with a blondelicious Carmen Electra replacement in tow.

After the club closed, Brit after-partied with resident magician/creepy ladykiller Criss Angel. Says 24/Sizzler, "Criss wrapped his arms around Britney and whispered into her ear" through the night, and took the popwreck to speakeasy, Noir Bar. He does tricks, y'all!