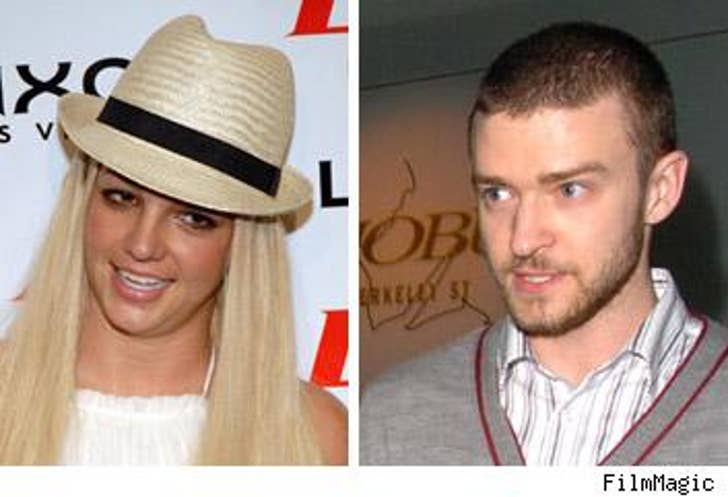 This past Friday, while Brit-Brit was down the block opening up the new Las Vegas outpost of club LAX, her former beau/current Jessica Biel boyfriend was bringing sexy back to the Kid Rock concert at the Pearl Concert Theater at the Palms Casino Resort.

The two former Mousketeers dated for around four years before breaking up in 2002. Ding dang!