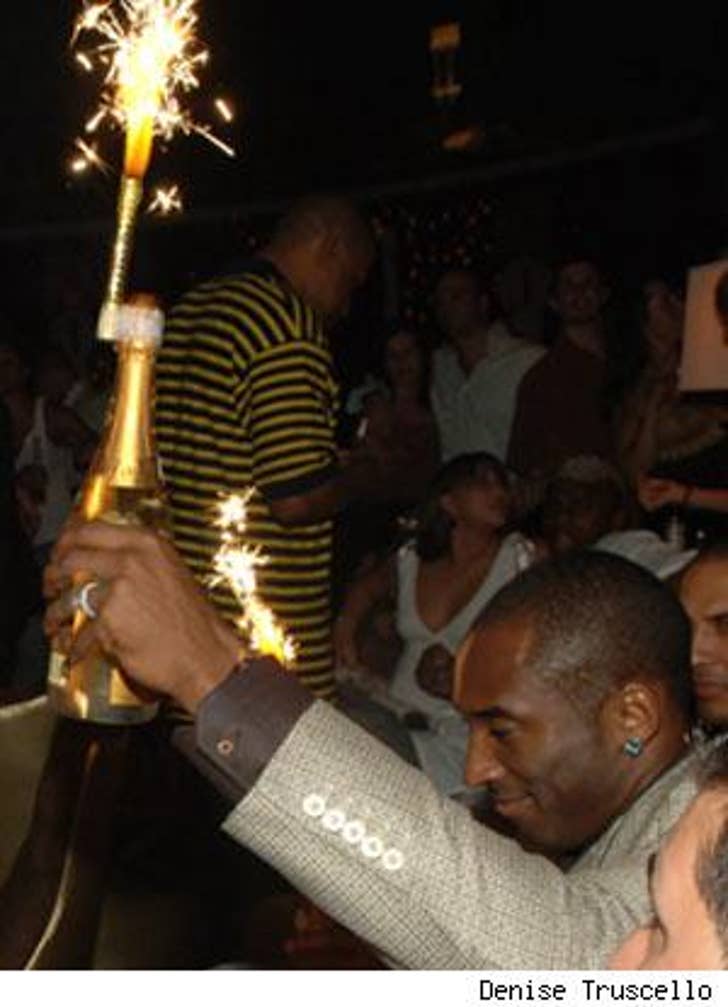 Kobe Bryant is known for being a tough competitor -- but in the club?!

Basketballin' Bryant and his wife, Vanessa, were at Friday night's grand opening of BLUSH Boutique Nightclub at the Wynn in Las Vegas, when he saw poker player Antonio "The Magician" Esfandiari kick in for two bottles of $1,400 Cristal champagne. According to sources inside the club, Kobe wasn't about to be shown up by some puny little card player -- and kicked in for five bottles. Antonio, who's used to upping the ante, then switched his order to ten! Go big or go home!

Kobe ended the competition when he purchased an astounding 15 bottles -- and then left the club! Just to put Bryant's baller status into perspective -- Kobe's $21,000 bill still doesn't cover what NBA and gambling legend Charles Barkley drops on one hand of blackjack!