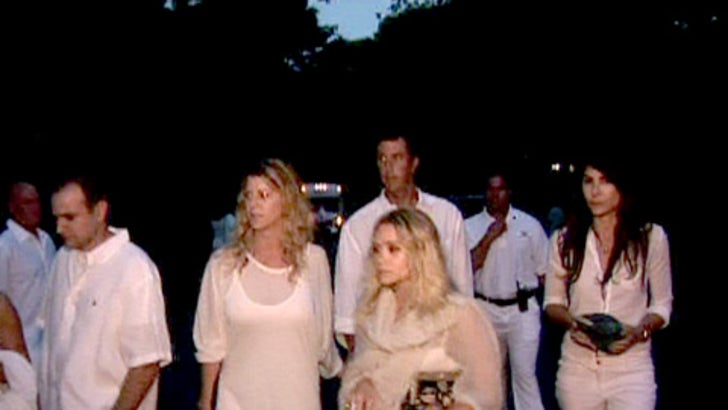 Mary-Kate Olsen's clone, Ashley, arrived at Diddy's palace wearing a shaggy, cut-and-paste outfit that would have looked better on a Scooby-Doo ghost. Yikes!

TMZ cameras were there as Lil' Kim got off her plane -- ready to party in a hot, chesty white mini-dress. Mariah Carey topped Kim outside the event, as she sucked in her stomach and struck a pose. Troublesome Busta Rhymes showed up in a sleeveless shirt, displaying his well-inked arms.

The after party at club Dune saw a single member from pop flop Danity Kane -- Dawn. Home movie star Tommy Lee forgot to leave his headphones at home, and before he made his way inside, he got hot with a balloon -- hugging it, then boxing it. Once the preoccupied percussionist heard the music thumping inside, he bobbed his way through the door.

P. Diddy made his presence known while pimpin' some nighttime shades. All this and more in today's "Put Your White Pants Away" Star Catcher!