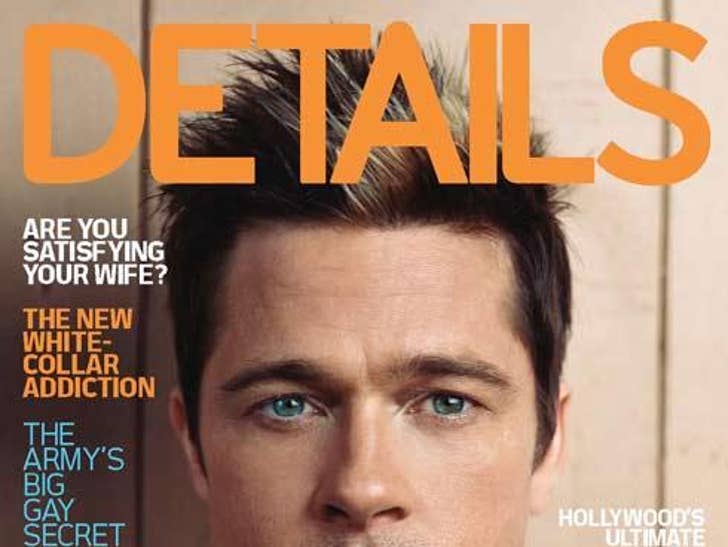 Even the hottest movie stars sometimes feel old and decrepit. Take two-time Sexiest Man Alive honoree Brad Pitt, who admits in the October issue of Details that turning forty took a heavy toll on him. "One thing sucks, your face kind of goes. Your body's not quite working the same. But you earned it. You earned that, things falling apart," he said. Yah, he's a wreck. 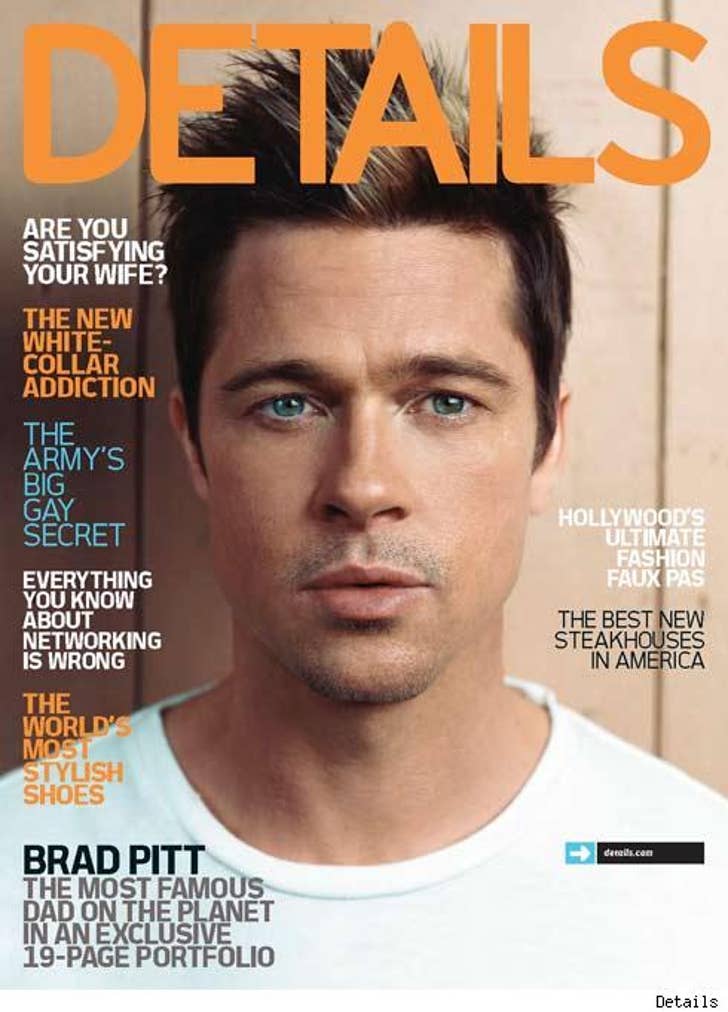 And what about his tres internacional family? "They have the same dynamics I had growing up," Brad said of his three adopted children and one biological daughter, Shiloh. "It pleases me so much." So much, in fact, that he and Jolie are planning to expand their multi-ethnic brood, saying, "We're not done."

One thing that is way too done -- Brad's cyborg-looking face on the mag's cover. Who cares about aging, when you have Photoshop?!