TMZ cameras caught Paris Hilton, looking flapperific in a hot pink number at LAX Nightclub in the Luxor Hotel last night. Everything was going smoothly until she jumped the mic and blurted. "I want everyone to say congratulations to the most beautiful pregnant woman in the world, Christina Aguilera. You're gorgeous!" *record scratch* 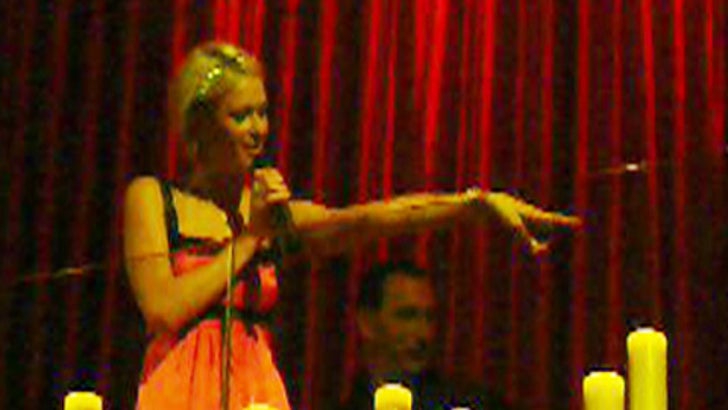 Problem is, Aguilera has never publicly confirmed her pregnancy! Xtina and hubby Jordan Bratman initially looked shocked, but then quickly recovered. Party on!

UPDATE: We contacted Xtina's rep about Paris' gaffe ... she had no comment.