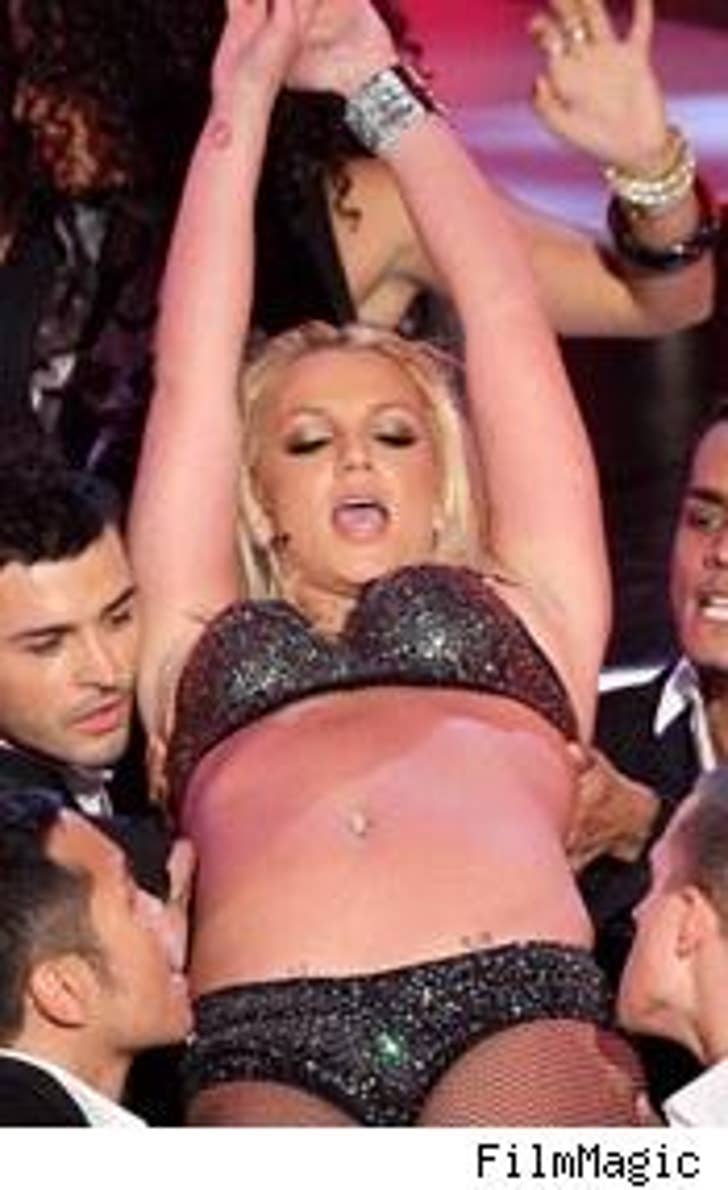 There's barely anyone on the planet who hasn't panned Britney Spears' shockingly sucktastic MTV "performance" of "Gimme More" -- and even Brit thought it was so crappy that she cried backstage afterwards.

Us reports that Britney J. was so upset about her flabbily frightful lip-not-quite-synching that she lost it not long after, though no word if it might've had anything to do with Sarah Silverman's zinger -- calling her kids "the most adorable mistakes" as well.

Pretty much all reaction has been similar to the line taken by the New York Post, which wrote, "[Brit] jiggled like Jell-O ... [she] didn't seem to care that she danced like she had a pantload [or] that her lips weren't synched ..."

Kanye to MTV – Go Eff Yourself 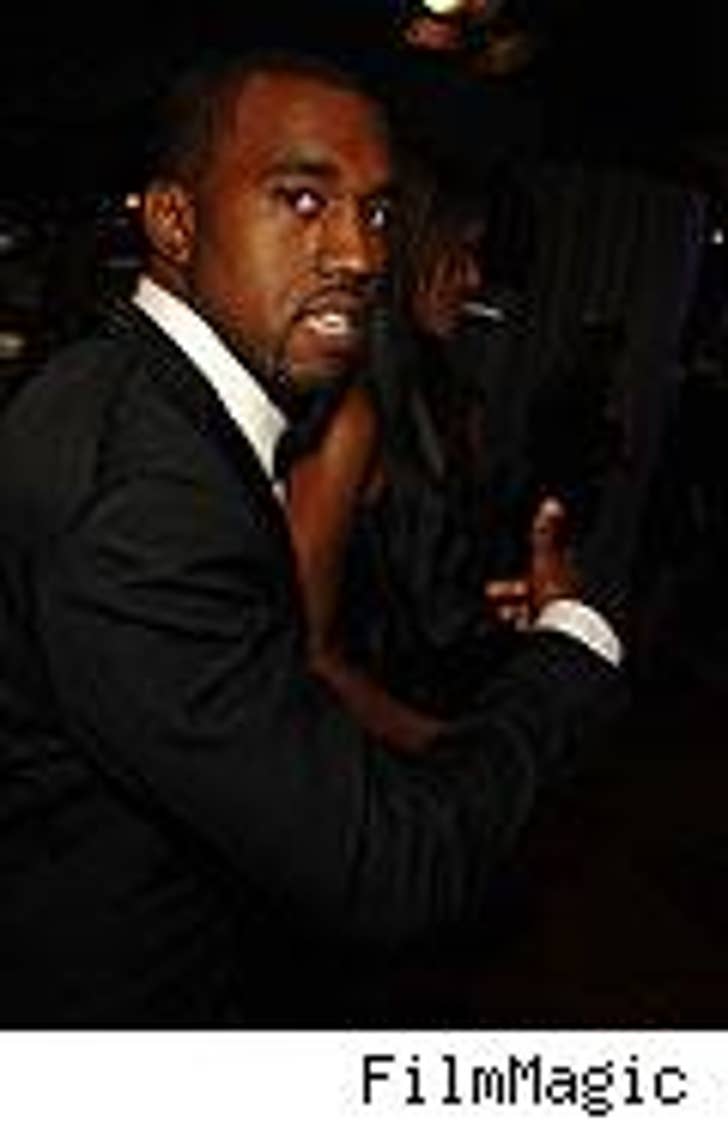 Speaking of crybabies, Kanye West says he's had it with MTV after he got snubbed again at the VMAs, throwing a tantrum backstage after losing all five categories for which he was nominated.

"That's two years in a row, man ... give a black man a chance," said West, who was described by the AP as "stomping around his entourage." "I'm trying hard man, I have the ... number one record, man." It's not the first time West has whined about an awards-show shutout -- last year, he crashed the stage at the MTV Europe Awards to complain.

Rosie Calls Trump a "Torn Scarecrow" and a "Slug" 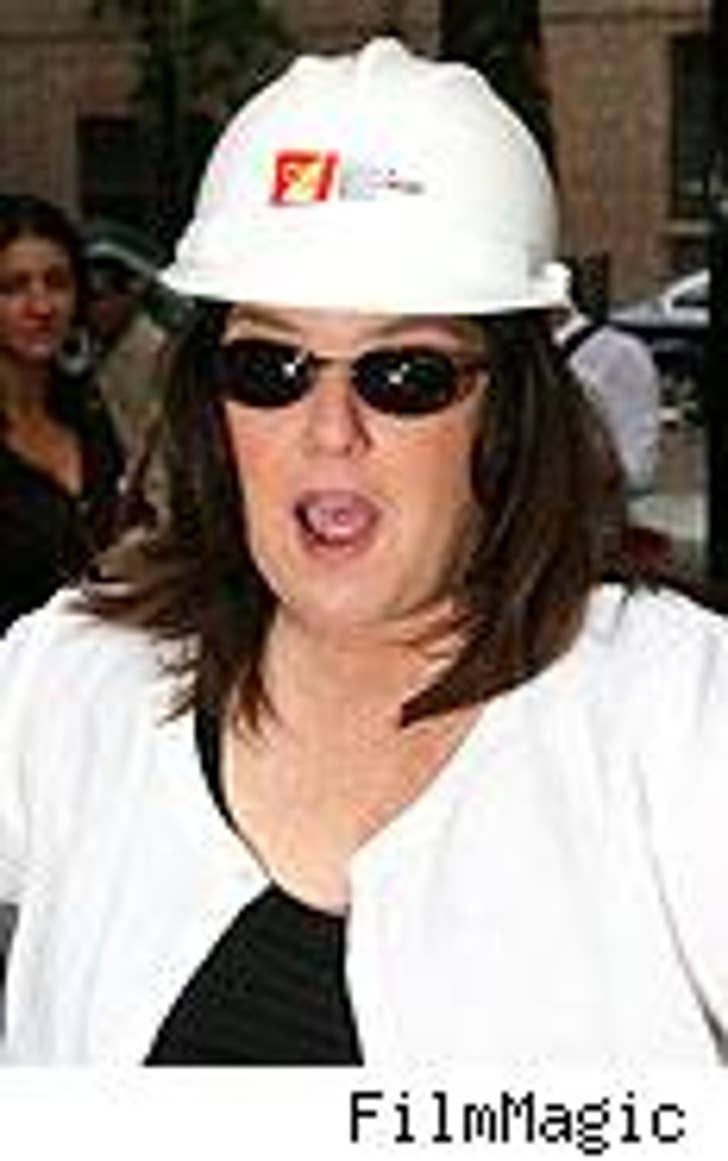 Aren't they just adorable at this age? Rosie O'Donnell decided that she just hasn't had enough of tussling with Donald Trump, and is taking her slapfight to the pages of her new memoir, calling His Comboverness a "torn scarecrow" and a "garden slug."

Page Six has excerpts from the book, which one source who's read it calls "sad and pathetic ... the work of a deeply disturbed woman, page after page of insane ramblings." Trump, for his part, says that he'll spend "some time" on Rosie in his new book, "Think Big and Kick Ass," and bets that "my book sells a lot more than hers."

How do you say "It's Britney, bitches" in Swahili? Though she might be flailing big-time at home, at least one merciful soul is offering to help bring her comeback to the masses outside the US. Arie Deutsch, founder of voice-conversion company Voxonic, says that he'll convert her single "Gimme More" into five languages of her choice -- for free. If only he could translate those hideous extensions into Acceptable-ish ... Does Big Pussy still think he's in witness protection? We're told that Vincent Pastore -- aka Salvatore Bonpensiero of "Sopranos" fame -- showed up for the Apple Blossoms show during Fashion Week, where everyone was guzzling champagne and organic energy brew Syzmo, but skipped out abruptly once he was spotted.