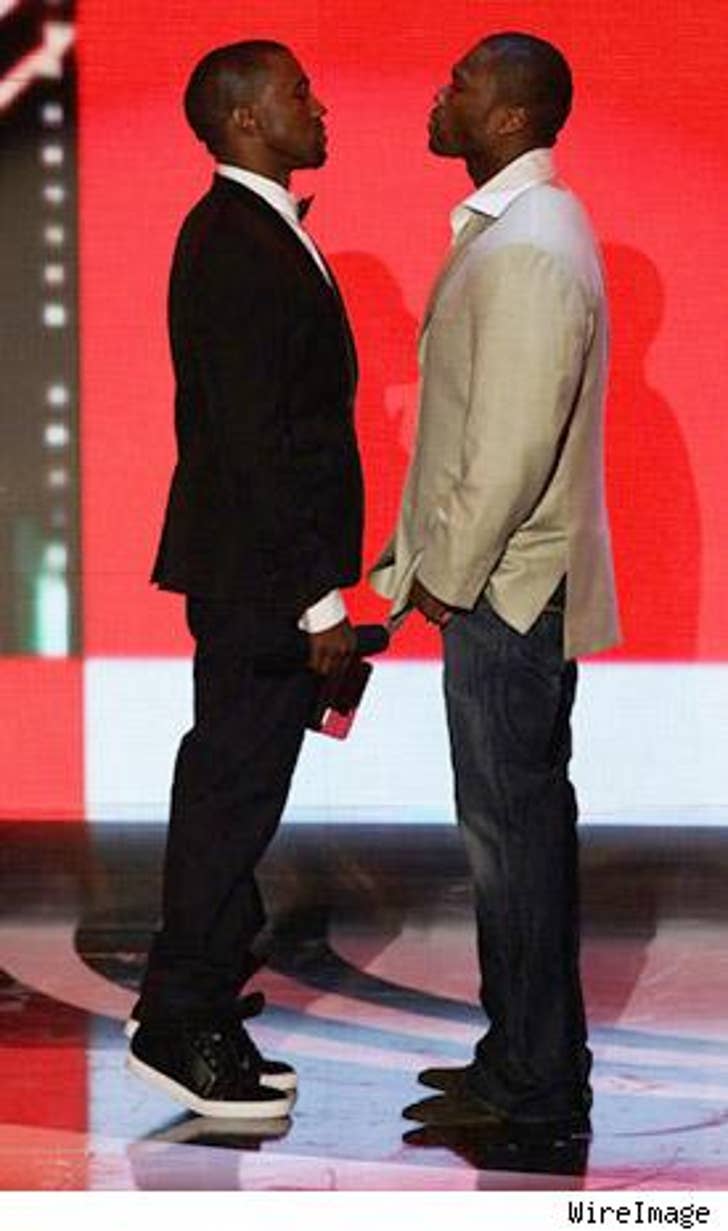 Seven years ago, Fifty Cent (right) was shot nine times and left for dead. Today, the musclebound Fifty drops his latest album, "Curtis." To push sales, the mogul hired ice cream trucks in L.A. and NYC! Fitty will also be on Jimmy Kimmel tonight -- the man knows how to get his music to the masses!

Fiddy has become a major music mogul and creative entrepreneur -- hence his publicty stunt feud with Kanye West (on tippytoes, left), in which he originally promised to quit hip-hop if he weren't number one in sales -- he's since thought better of that proposal and reneged.

Kanye West, who today released his album, "Graduation," has had his own drama -- vowing to boycott MTV after not winning any awards at the VMAs. These two fellas have almost as much drama as "Madea's Family Reunion!"