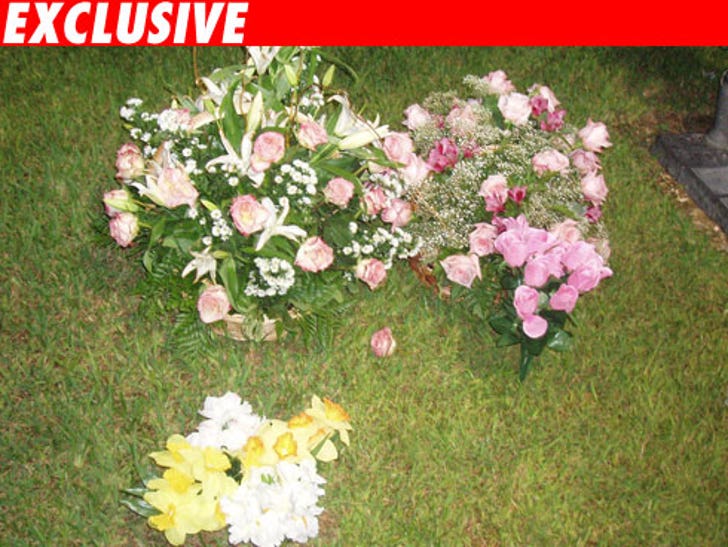 Virgie Arthur has said she was the only person who visited the grave of Anna Nicole's son Daniel on the first anniversary of his death. Au contraire! 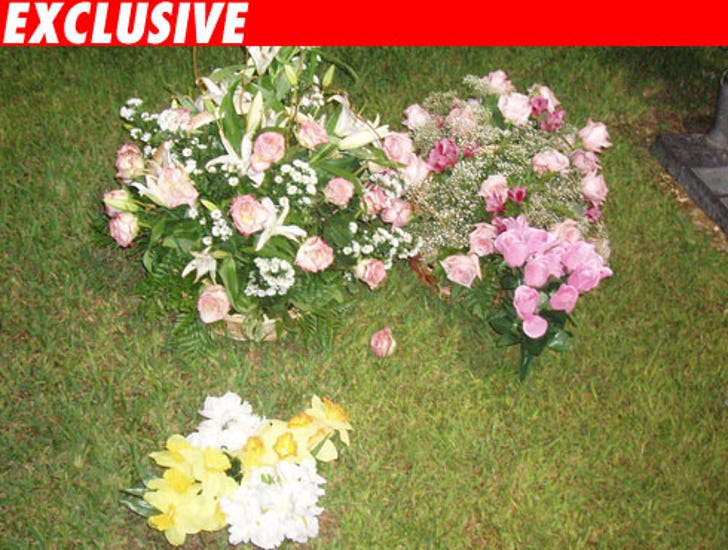 TMZ has obtained this photo of the gravesite. The yellow and white flowers are plastic, courtesy of Virgie. So who left the two bouquets? It was Howard K. Stern.

Stern gave TMZ the following statement:
"I visited Anna and Daniel twice yesterday under the cover of darkness because I did not want the media to capture my private moments with loved ones. In the early morning, I brought two baskets of flowers from Dannielynn, myself, and others. When I visited again late at night, I found plastic flowers drilled into the ground next to our flowers.

I did not want to take pictures or release any statement concerning my visits. However, Anna's birth mother brought Splash News with her to the cemetery (or was it the other way around?) and then claimed in an interview that nobody visited Anna and Daniel.

Unfortunately, I have learned to anticipate this type of exploitative expression of alleged love and took the necessary precautions. I sincerely hope that Splash News has the decency not to make this a pattern for all future anniversaries, birthdays, and holidays.

As in the past, I am not profiting from these pictures or this statement in any manner."