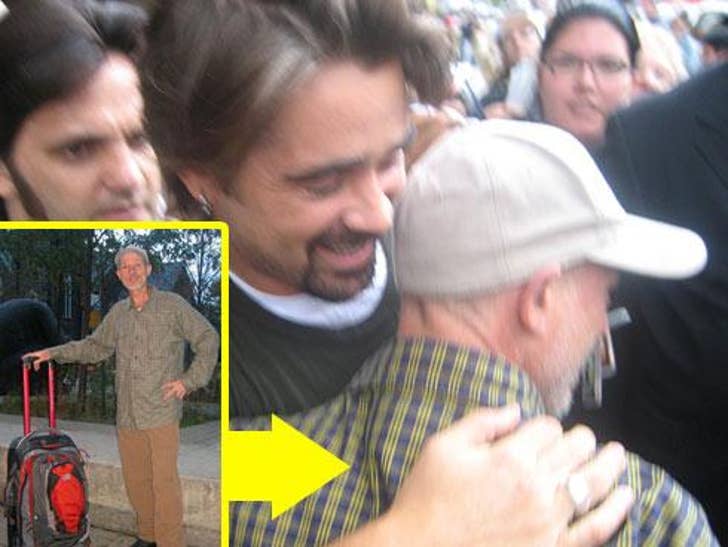 Colin Farrell's known as a philandering, dirty-mouthed, Hollywood bad boy -- but this week, he spent around $10,000 on a homeless man. 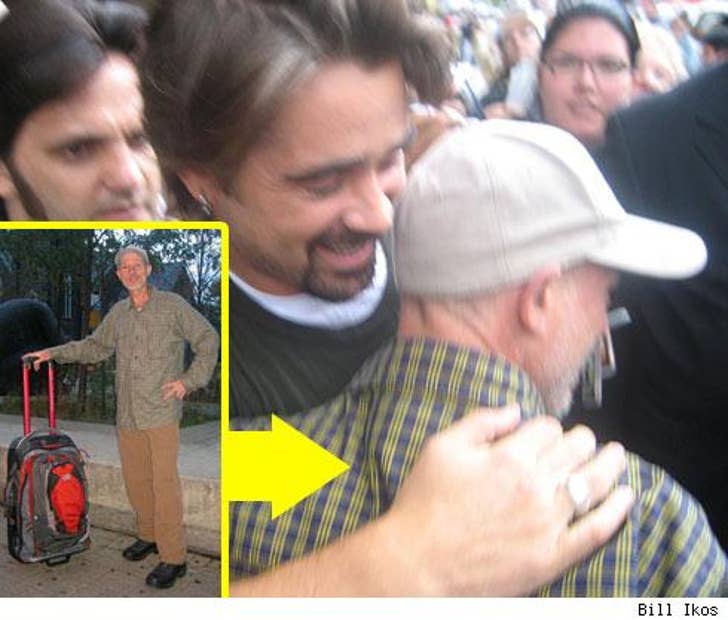 Rewind to 2003 when a local radio station offered $2,000 to anyone who could get the swaggering lothario into the studios -- when a homeless guy known as "Stress" pulled off the incredible feat. On Tuesday, the same vagabond was outside Colin's hotel, with Farrell not only remembering him, but sweeping him into his car for a shopping spree!

According to the Toronto Sun, Farrell took the man to Europe Bound Travel Outfitters, telling workers there to "Get him anything he wants." Stress picked up a $500 jacket, a backpack filled with socks, underwear, boots and a sleeping bag. After shopping Colin then went to an ATM, took out "a wad of twenties" and arranged to pay the dude's rent for a year!